Home / News / The Angry Birds pig spin-off rumor is back – but is it real this time?

The Angry Birds pig spin-off rumor is back – but is it real this time? 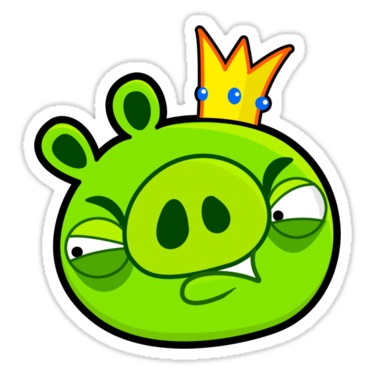 Rumors are a funny thing.  Sometimes so much time passes after they happen that people forgot they existed in the first place.  Back in 2010, Rovio’s CEO Peter Vesterbacka reportedly told a crowd at the Virtual Goods Summit that “We are not going to do a sequel.  We want to surprise people.  No one has told the story from the pigs point of view.”  That led to plenty of speculation… followed by 18 months of complete silence on the topic.

Since that time, Rovio has done plenty.  They partnered with 20th Century Fox to launch Angry Birds Rio.  They brought Angry Birds to Facebook.  They acquired the rights to Casey’s Contraptions and have prepped a new game (Amazing Alex, due later this week) as a result.  They’ve even released Angry Birds Space, the sequel that they said they wouldn’t make.

With all of this activity, it seems pretty safe to assume that any plans for a pig-centric release have long since been abandoned by the Finnish phenoms… right?

If Pocket-Lint.com is to be believed, a pigs game isn’t just in the works – it’s on the way before the end of 2012.

The article on Pocket-Lint doesn’t go into detail about how they’ve learned of this game, but they claim to have seen “pictures of the app in action.”  According to the article, “The idea of the new game will see you trying to protect the eggs you’ve grabbed from the birds, but still feature a catapult and the now famous wooden and stone structures.”

Call me a Doubting Thomas, but without Pocket-Lint producing a source for these claims, I’m having a hard time jumping on the “this is real” bandwagon – especially in light of the fact that everything they’ve said sounds like little more than regurgitated speculation from when the rumor first surfaced back in 2010.

If Rovio really had plans to release a pigs game, I’d expect them to do something vastly different from the original Angry Birds.  They already took the series in a new direction with Space, and are going in a completely different direction with Amazing Alex.  Trying new stuff is what Rovio is all about right now.  A pigs game that looks a lot like Angry Birds?  It’s just not their style.

What do you think of the resurfaced pigs rumor?  Real or fake?