The 10 best #FlappyJam games (so far) 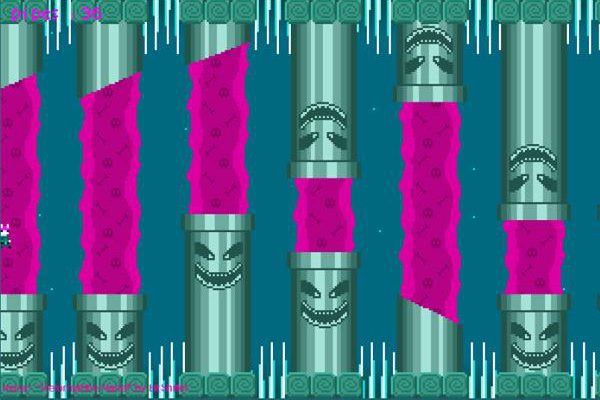 While Flappy Bird may be gone from the App Store, it’s far from forgotten.  This week, indie developers around the world have banded together in a show of solidarity for the bug-eyed bird that was and its humble, overwhelmed creator, Dong Nguyen.  Their virtual pat on the back comes in the form of Flappy Bird-inspired games designed specifically for #FlappyJam.

Although FlappyJam was started by developer Ivano Palmentieri only a few days ago—with its first submission, Bouncy Pixel by Aaron Puente, going live February 9th—there are already 140 games available to play and more consistently pouring in.  While many entries follow the basic fly-through-dangers premise of Flappy Bird, the themes, focal points, and even genres range from disembodied floating heads and arsonist Pikachus to text adventures.  The one shared trait among every entry is difficulty, which is both stated on the FlappyJam page and has been reiterated by Palmentieri numerous times on Twitter: “I had to specify on the jam site that FLAPPY word or gameplay are NOT mandatory, only ‘rule’ is to make a hard game AND have fun.”

The goal of FlappyJam is to show support for Flappy Bird, Nguyen as a game designer, and the entire indie development scene, with the thoughtful mission statement that “indie game devs are friendly and supportive, envy and teasing should not belong to our community, nor be a cause of suffering.”  As Palmentieri reminded potential entrants yesterday: “Guys, just as a reminder: the point is not making Flappy Bird clones or anything, we are just trying to have fun and support each other.”  If you’d like to show your own support for the indie development community, all of the FlappyJam games can be viewed, and many played, here.  We’ve called out ten of our favorites below.

Lillian Gish and the Pipes of Reason by Devi Ever 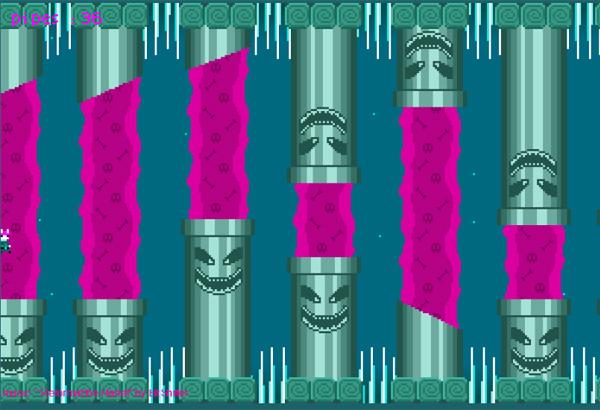 Devilishly difficult and pixelly charming, Lillian Gish and the Pipes of Reason throws a handful of new features into the Flappy Bird formula: Lillian can throw gigantic swords at the pipes to break them apart as well as being able to touch and stand on them without dying.  The edge of the screen and slowing spouts of purple liquid are the real dangers here. 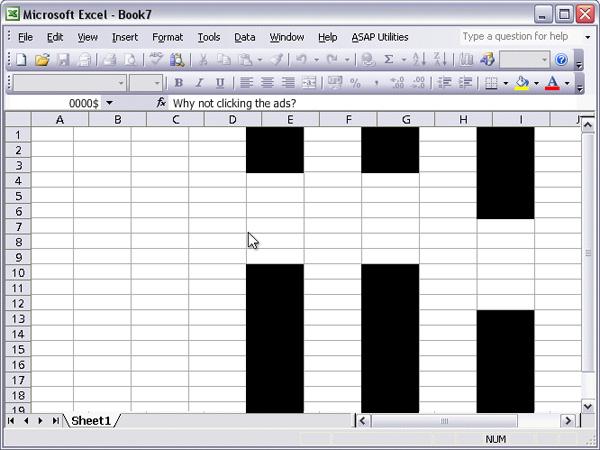 Flappy Mouse pits your cursor against colored rows in a Microsoft Excel workbook.  Besides the obvious benefit of playing this one at work without suspicion, direct notes to the player—such as “Give me a full access to all of your contacts plz,” appear in the content box as you progress. 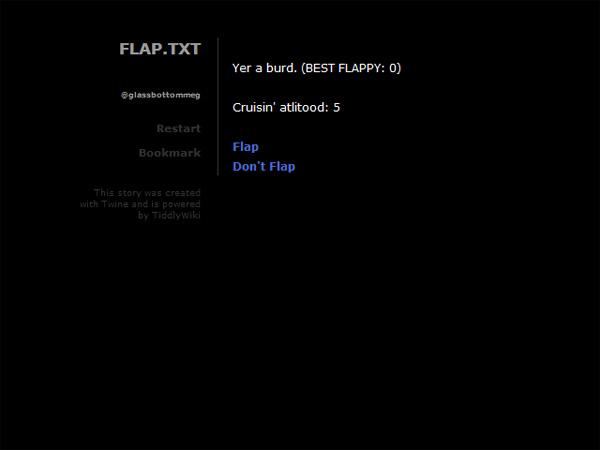 One of three choose-your-own text adventure submitted (so far), FLAPPYDOTTXT is as impossible to win as its inspiration, but the process of losing is uniquely experienced through damned-if-you-do choices presented in “intarnet speek.” 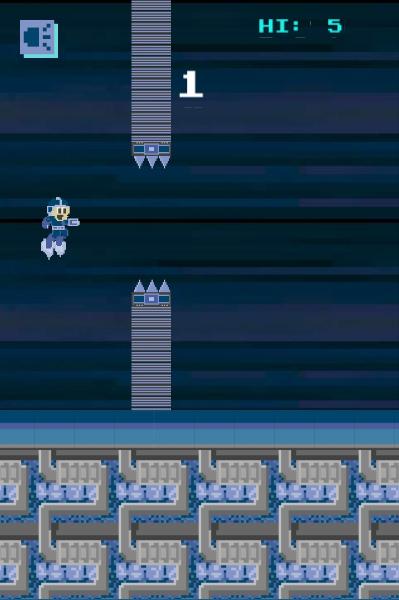 Mega Flap and Flapplevania by Lokijki are almost tied in my book, both featuring classic characters (or spin-offs, like “Simon Birdmont”) from insanely hard Nintendo games.  Mega Flap receives bonus points for its upbeat techno music that rounds out the Mega Man experience and makes dying a dozen times in five seconds feel not quite so degrading. 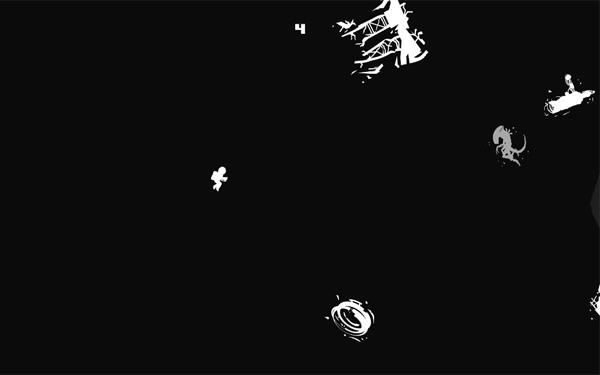 Although Oh.My.Gravity technically fits the “hard game” requirement, it’s also one of the few soothing experiences of FlappyJam.  The only sound is your astronaut’s breathing as he floats endlessly through space, avoiding silhouettes of debris in the otherwise overwhelming emptiness that surrounds him. 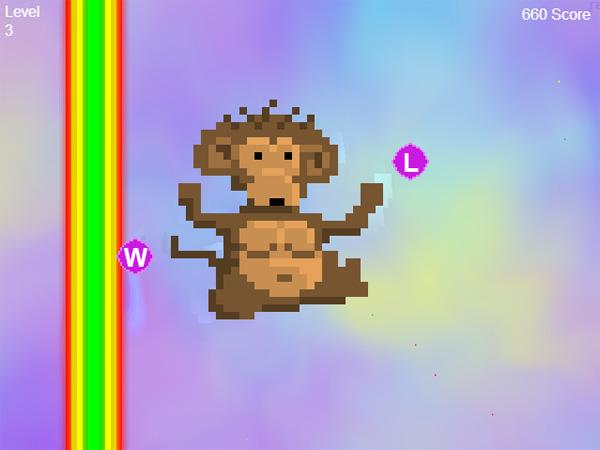 As a rhythm-slash-typing game, Type Type Evolution doesn’t scream Flappy Bird at first glance, but its difficulty and humor more than meet the game of honor’s standards.  Your goal is to simply type letters as they cross the target on the left-hand side of the screen, progressing through the phases of evolution.  At each stage, the target gets smaller, and so do your chances at humanity. 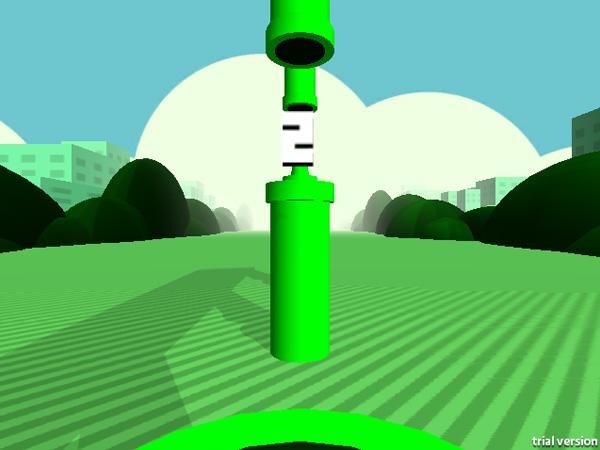 Floculus Bird puts you in the first-person shoes of the eponymous Flappy Bird himself in a strangely endearing twist.  Not only has the scenery—including the surrounding metropolitan area—been lovingly recreated in 3D, but the physics mechanics of Flappy Bird are also immediately recognizable, with the tops of pipes proving more dangerous and closer than they first appear. 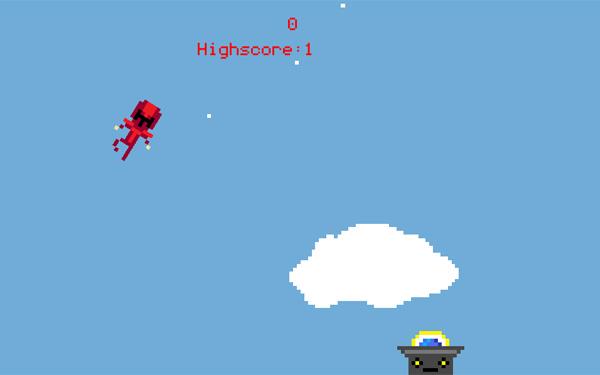 I can’t describe B.O.B. better than its designer already has: “You are playing the red guy falling and trying to avoid the laser of that grey robot thingy.”  B.O.B. is oddly appealing, in a difficult-as-Flappy Bird kind of way, but featuring different mechanics.  Your only trick is zipping back and forth on the screen and occasionally waiting as the laser passes by, while eerily upbeat music plays to the tune of your imminent demise. 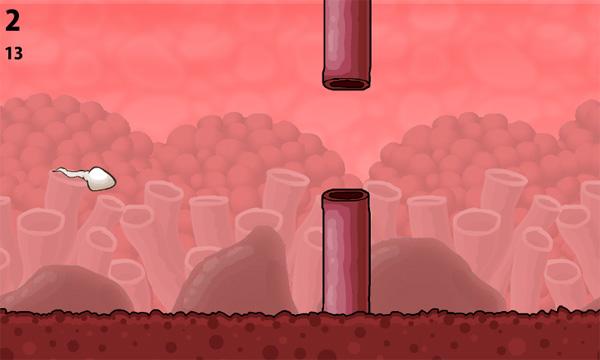 Fallopian Bird is a really beautiful, high-speed take on Flappy Bird that wins extra points for the hilarious results players receive upon crashing and its total dedication to its theme.  “Click to fallope.” 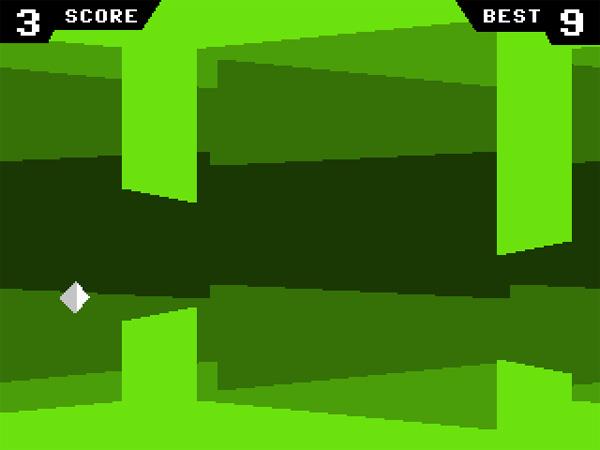 If at first you don’t succeed, adjust: The lesson of Arena of Heroes