Terraria digs a new home on mobile this summer 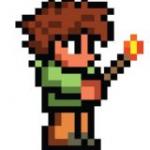 Would Minecraft have been up your alley if not for that pesky third dimension? If so, 2011 was probably a pretty great year for you. That’s when Terraria – a sandbox game that took a rolling pin to the soul of Minecraft – first hit digital shelves.

The game recently expanded from its desktop home to see a release on the PlayStation Network and Xbox Live Arcade, but it looks like publisher 505 Games wasn’t ready to stop there. Today they’ve announced that Terraria will be hitting mobile phones and tablets this summer.

There’s no word yet on which phones and tablets will be supported, but when the game does roll out they’re promising leaderboards, achievements, and a way to share screenshots with your Facebook friends.

If you can’t wait until summer, the PC version of Terraria just confirmed an update is in the works that brings plenty of fan-requested changes to the game.  And here we thought they’d given up on new content – glad to see they changed their mind!

Toki Tori 2+ finally gets a release date on Steam