Temple Run comics are on the way courtesy of Ape Entertainment 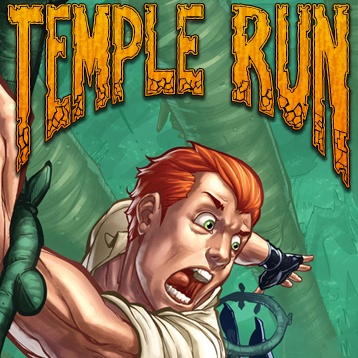 On the heels of this week’s announcement that Ape Entertainment will produce a SQUIDS comic, Ape has announced their plans to translate another popular mobile IP into a graphic novel.

Temple Run, an aptly named iOS arcade title in which players run through temples while avoiding traps and collecting treasure, may not be the most obvious choice for a comic.  Unlike SQUIDS, story is thin and action is thick… but this may be a good thing.  Ape Entertainment will have a lot of room to work with.

Keith Shepherd, CEO of Imangi Studios, says, “The Temple Run game left a lot to the imagination, with more questions than answers. We look forward to exploring the world of Temple Run and the adventures of Guy Dangerous in more detail with Ape Entertainment and the comic series.”

“Temple Run is by far one of my favorite adventure games on the App Store,” Hedgecock says.  “The thrilling gameplay plays into our plans very nicely for an extraordinary storyline that we know fans will enjoy.”

The Temple Run comic is headed to the iPad, iPhone and iPod touch.  For those who prefer paper, keep an eye out for a print version in the local comic book shop of your choosing.

Seven mobile titles that belong on the big screen