Telltale to release more Walking Dead prior to season two 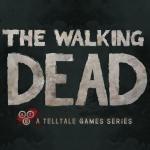 The wait for season two of The Walking Dead is sure to be a painful one, but Telltale is doing their part to make it a little more manageable. Fans can expect additional content for the game sometime before the new season arrives, writer Gary Whitta has revealed.

“You won’t have to wait for season two to play more Walking Dead,” Whitta said in the latest episode of IGN’s Up at Noon. That’s a rather ambiguous announcement, to be sure, but it’s exciting all the same. Then again, considering the game’s spot atop our 2012 game of the year list, I may have a bias in saying so.

One possibility is that Telltale will release an episode that bridges the narrative gap between the first and second season, but that’s only if the upcoming season ends up continuing the story of its predecessor. Telltale hasn’t ruled out the possibility of it being a new cast of characters entirely.

The sky is really the limit here, and it will be exciting to see what Telltale has planned. Should they announce any further details, you can be certain we’ll keep you in the loop.