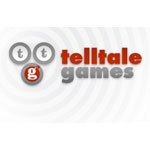 It’s been a busy week for Telltale, who last week announced five new projects in addition to the upcoming Jurassic Park. Most exciting to adventuring gaming fans is the announcement that Telltale will be working on new adventures based on the classic King’s Quest series. Yay! Telltale is also working on two game series based on comic books: The Walking Dead and Fables, as well as a sequel to Puzzle Agent. The developer will also be bringing its iPhone adventure Hector: Badge of Carnage to PC, Mac and iPad.

Telltale is going to conclude the story of Nelson Tethers’ investigation into the strange occurences in Scoggins, Minnesota in Puzzle Agent 2, the sequel to Puzzle Agent. Check out the trailer below:

These new projects join Jurassic Park, which was announced last week and is currently available for pre-order.

How does CityVille compare to Call of Duty: Black Ops?

Konami’s Viva! Mall on Facebook is for Windows PCs Only