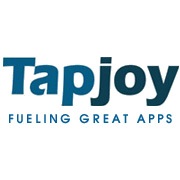 Apple’s App Store is a big place. It’s a big place that’s full of small, wonderful, and imaginative developers. Some of those developers have spread their wings to the Android platform. Others haven’t, and it’s not necessarily due to a lack of interest – a lot of these fine folks simply lack the funds or skills needed to port their games from one device to another. Tapjoy is looking to help select developers jump these hurdles with their new $5 million Tapjoy Android Fund.

“Tapjoy is in the business of democratizing the application ecosystem by bringing innovative content and targeted experiences to consumers while providing a level playing field for developers large and small to get their apps discovered,” said Mihir Shah, President and CEO of Tapjoy. “The openness and skyrocketing popularity of the Android platform makes it a perfect match for our long-term objectives. This new porting program will identify great apps and give them the opportunities they deserve.”

This may seem like a fairly altruistic endeavour – and if you’re on the receiving end of this help, there’s no doubt that altruism is exactly what it will feel like – yet it’s fairly clear that TapJoy stands to benefit from luring developers from iOS to Android.

Best known for their pay-per-install advertising business, Tapjoy was hit hard last month when Apple decided to yank the rug out from under developers participating in such programs, banning these marketing schemes from the App Store.

This isn’t the first time a big iOS player has been pushed towards the competition by Apple. OpenFeint, still a sizable force on the iPhone in their own right, found themselves moving to a cross-platform model once Apple announced their own similar service, Game Center. And with the upcoming features in iOS 5, it doesn’t look like TapJoy will be the last iOS player to start thinking about other platforms, either.

If you’re a developer interested in applying for the fund and feel that your game has the fun needed to make the cut, you can learn more at http://www.tapjoy.com/AndroidFund.