Home / News / Talking Points: Here’s What You Should Know About Oculus and Facebook 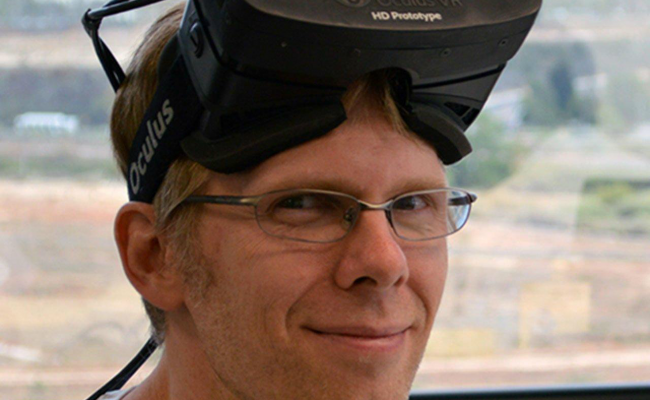 What happened? In a move that surprised just about everyone, promising startup Oculus VR was bought out by Facebook for $2 billion (well… $400 million + $1.6 billion in stock. You interpret that how you want).

Who the @#$% are Oculus VR? If you’re not into gaming, that’s a pretty good question. If you are into gaming, shame on you. Birthed on the back of a successful 2012 Kickstarter campaign that raised $2.4 million (nearly 10x the project’s goal), Oculus VR are the company behind the Oculus Rift: a head-mounted virtual reality device that’s expected to seriously shake up the gaming world.

Virtual Reality? Is that still a thing? A fair question. In its earlier incarnation, virtual reality was kind of a bust; a fad that came nowhere close to living up to its potential (remember Lawnmower Man? VR in the 90’s should have been awesome). The folks at Oculus, however, realized that the combination of 90’s VR dreams and 21st century technology could create a pretty powerful future. 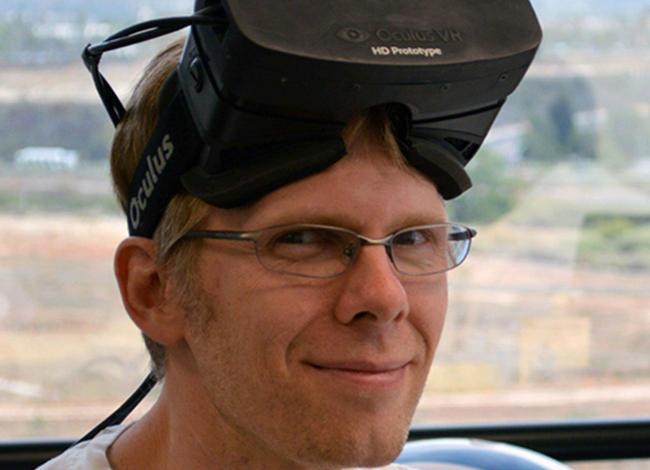 That’s not a smile, Carmack’s Rift is just on too tight.

Come on… Who’s going to believe that? John Carmack for one. The co-founder of id Software and lead programmer on DOOM left the company he helped found because he couldn’t convince their parent company to take a gamble on bringing Doom 4 and Wolfenstein: The New Order to the Oculus Rift. Two months prior to leaving id, Carmack became Oculus VR’s CTO. That’s now his full time gig. Guess he’d better get used to calling Zuckerberg “sir.”

Is there any competition? Potentially lots, though so far there’s only one other player on the market: Sony. At GDC this year they announce Project Morpheus, a VR headset that works in conjunction with a number of other PlayStation brand products. Namely the PS4, PlayStation Camera, and PlayStation Move.

Does Zuckerberg think it has anything to do with Google Glass? Insomuch as it’s cooler than Google Glass, and owning it makes Facebook look cooler by comparison, probably yes. 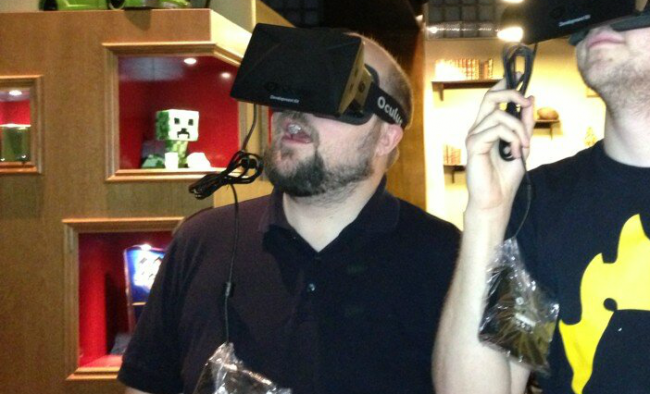 Does anyone think Facebook owning Oculus isn’t cool? Notch doesn’t like it one bit. Markus ‘Notch’ Persson, the creator of Minecraft, was in talks to bring the best-selling indie game to the Oculus Rift. According to a tweet he blasted out only minutes after the Facebook buy was announced, he’s cancelled any such plans. Why? Because, in his words, “Facebook creeps me out.” He later followed up with a pretty detailed explanation on his blog.

Why would Facebook want to own Oculus, anyway? Zuckerberg paints a pretty amazing picture in a Facebook post of a world beyond gaming, where VR will give you courtside seats to Lakers games and let you meet with doctors halfway around the world. Back in reality, however, TechCrunch makes the pretty solid argument that after some early success in gaming, Facebook was late to the mobile party and doesn’t want to miss the next big thing again. If we’re all living in a Ready Player One future, Zuckerberg wants to be James Halliday.

First WhatsApp, now Oculus… is VR texting the end goal here? Almost definitely not, but I still thought it was funny enough to tweet about. 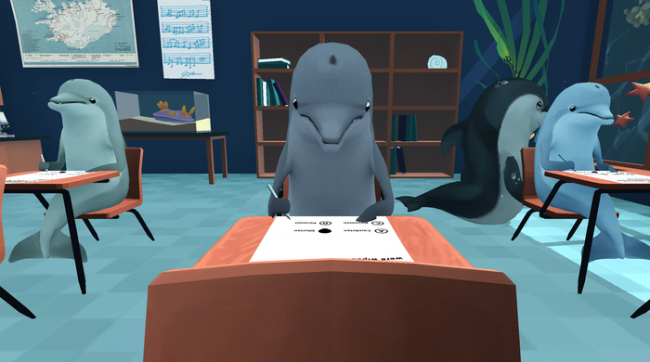 Classroom Aquatic: the stealth trivia game about looking at other people’s tests

I’m jumping on the bandwagon, but want to pretend I’m not. What do I tell people? “I was thinking about backing the Kickstarter, but I wasn’t really sold until cool games like Classroom Aquatic and Keep Talking and Nobody Explodes started making the rounds. I’ve been meaning to pre-order a dev kit since v2 was announced at GDC last week. When I heard they figured out how to eliminate motion sickness, I just knew this thing was going to be huge!”