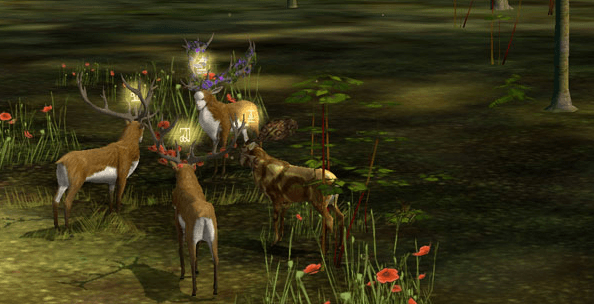 Indie game developer Tale of Tales launched a bundle to commemorate a decade of game development. Unlike most bundles, the “Experiments and Prototypes Bundle” features some of Tale of Tales’ unreleased game prototypes. All income generated by the bundle will go into Tale of Tales’ next project.

Tale of Tales was founded in 2003 by Auriea Harvey and Michaël Samyn. Focused more on creating art, rather than a game, the pair always make it a point to release their titles online and for an inexpensive price.

“As designers we hope that videogames can be as diverse and meaningful as any other medium,” Tale of Tales explains on their website. “We want to create playful experiences that appeal to both gamers and non-gamers. We try to design expressive interfaces to access engaging poetic narratives through simple controls.”

The Experiments and Prototypes Bundle includes 8, Tale of Tales’ first game, but one which they never finished. They could not continue developing the game when funding dried up in 2005, but they were able to approach the game once again in 2011, with “fresh ideas”. 8’s 2002 Alpha build is included along with the game’s 2011 version, re-titled, Beauty, Sleeping.

The bundle also includes the single-player experiment, The Endless Forest, the unique time-based screensaver, Ophelia, as well as prototypes for Bientôt l’été, Luxuria Superbia, and more.

Pick up the bundle from Tale of Tales’ official website. The bundle is pay-what-you-want, with a minimum of $5, and most downloads require use of a Windows operating system.