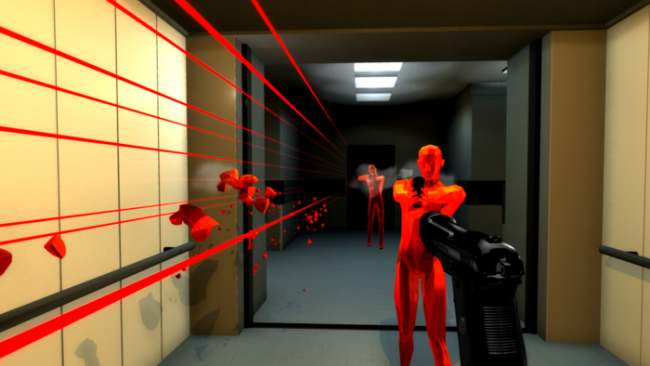 SUPERHOT (one word, all caps you philistines) is an incredibly cool time-based first-person shooter that you can play in your browser. We’ve talked about it before, as a great game you can complete in less than 10 minutes.

Now, there’s a new version of SUPERHOT that will presumably take a bit longer than that. Or at least there will be. The developer launched a Kickstarter campaign to make a new, fully fleshed version of the game – complete with story, new weapons, and new enemies – with a reasonable goal of $100,000.

They’ve already hit that benchmark and will probably reach their first, $120,000 stretch goal (better 3D animations) by the time you’re reading this.

If you are reading this and have no idea what I’m talking about, you should go play the 2013 prototype right now. As the game explains, “time moves only when you move,” the idea being that stopping also stops enemies and objects in motion: like bullets.

It’s half-shooter, half-puzzle, completely free, and runs in a browser. Based on the trailers, the Kickstarted version will have a sword that lets you cut bullets in half.

It’s just like that Acquire game on PlayStation 2, Samurai Western! … Don’t pretend you don’t know what I’m talking about.

Summoner Wars is now on Android, cross-platform with iOS

If Tetris were an endless runner, it would be Hazumino