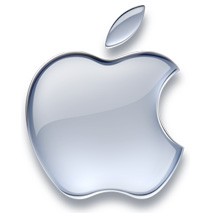 Whenever a new platform launches, or people debate the merits of ones that already exist, the discussion almost always centers around games. Even the most powerful of systems would flounder without any sort of compelling content. It’s an especially salient topic with iOS and Android, two platforms whose battle is comparable to that of the most bombastic fights in cinematic history. In this ultimate of turf wars, where do developers stand?

According to a study from Flurry, a mobile analytics firm, their allegiance lies primarily with Apple. In the Q1 period of this year, 69% of apps built have been for iOS, with Android raking in a relatively paltry 31%. It’s an improvement over past quarters, with only 27% of apps being built for Android in Q4 of last year.

Flurry cites Apple’s dominance in the tablet market as a major factor in their popularity amongst developers. Furthermore, apps built for the iPhone will function on the iPad as well. Android, on the other hand, has been plagued by issues of fragmentation for quite a while now, forcing developers to do extra work to support additional devices. This results in a costlier development, and not always a lot in return.

The study shows that for every $1 a developer brings in on iOS, they can anticipate earning about $0.24 on Android. That can still translate to big money in the Android market, but it’s no surprise developers are flocking to the platform with stronger prospects of generating serious revenue. There’s no telling what move — if any — will be made by Google to fix the problem, but a more homogenized platform that enables developers to get apps to more platforms with less work would be a serious start.

Is Steam doing wrong by developers? EA’s head of Origin thinks they could be

May the force free with you! Star Wars: The Old Republic goes free-to-play until level 15