Stories about disease go viral: Why we’re fascinated by plagues 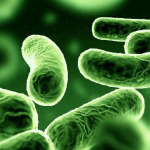 Disease is a pretty prevalent theme in entertainment. Whether we’re talking about books, movies or games, there always seems to be some sort of world-ending plague right around the corner (and in the case of The Walking Dead, we can do all three: read, watch, and play!)

The makers of Plague Inc., a top notch mobile game with the sort of viral success that its subject matter could only dream of, recently took to the stage at Nine Worlds Geekfest in London. They were joined by a group of scientists, and together they partook in a discussion on why the subject of disease is so popular in video games, movies, and more. It’s a fascinating watch – especially if you’re interested in why popular culture is so often driven by an apocalyptic case of the sniffles.

The above video was a session at Nine Worlds Geekfest 2013. The session was supported by The Wellcome Trust as part their engagement with with the games, broadcast and film industries and commitment to gaming as a form of public engagement with science. They are on Twitter at; @WellcomeTrust.

Tiny Games developer to close its doors in early 2014

OpenKit wants to resurrect everything you loved about OpenFeint