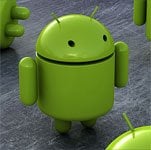 Apple’s staunch refusal to add Flash support to their mobile devices is being touted in many circles as the death knell for Adobe’s popular development platform – but could Apple’s boldness be their undoing? With so many independent and social game developers already working in Flash, could Android’s Flash-friendly mobile platform provide gamers with a unique offering that the iPhone simply can’t duplicate?

Inside Social Games seems to think so. In a recent article on the site, blogger Chris Morrison is quick to point out that social games like FarmVille, which have yet to make the long-awaited jump to mobile devices, are built using Flash. With Engadget reporting that Android 2.2 runs flash “like butter,” it would seem that there are far fewer boundaries to bringing social content to Android phone’s than there would be to iDevices.

There are other solutions for bringing popular Facebook games to mobile devices – Sibblingz has just confirmed that its technology is being used to bring Happy Island to the iPhone, iPad and Android soon – but no solution remains as simple as offering up a mobile device that can run a game in the language it was written.

Social games aren’t the only thing that may be impacted by the promise of Flash that runs like butter. The vast majority of the web-based games industry is based on Flash content, with popular sites like Kongregate and Armor Games offering dozens of new titles every week. While some developers have managed to bring their titles from Flash to App Store, most simply haven’t been interested or able to go through the hoops required.

Embracing Flash is a great way to fill the void left by Apple, but it’s only one in a series of recent moves that suggest Google is getting more serious about gaming. Late last month the company acquired casual games developer LabPixies, and the official Google jobs board is looking for a Games Product Management Leader. It’s also worth noting that Erick Tseng, Google’s Senior Product Manager for Android, has just left the company to become the head of mobile products for Facebook.

Whether or not embracing Flash is going to give Google the edge the need in the mobile market remains to be seen, but it starting to sound like the Android Marketplace might just get a whole lot gamier.

[via Inside Social Games]

Buried in Time – Just In

Journey of Hope – Just In