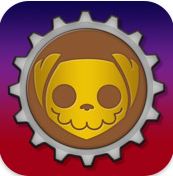 Fans of Luc Bernard had spent months anxiously awaiting the release of Steam Pirates, his latest title that combines RPG and adventure elements with his own unique art style. Their long wait finally came to an end when it was released 3 days ago – but if you didn’t act quick it looks like you’re back to waiting. For reasons not yet known, the game has been removed from the App Store.

UPDATE: Luc Bernard has posted an explanation on his Twitter;

“It (Steam Pirates) has a bug that prevents it from being completed at 50% so it’s been removed until the patch is out.”

The patch has already been submitted to Apple, so it shouldn’t be too long until we see it return to the App Store. Mystery solved! (Our thanks to reader Farès Fayad for playing Shaggy to our Scooby-Doo on this one.)

PAC-MAN turns 30, gives away a car