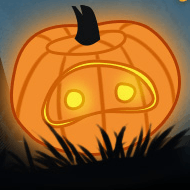 BOO! Did I scare you? If I didn’t, Steam’s Halloween sale certainly will. They’re marking down prices on a ton of titles, ranging from the moderately eerie to the downright horrifying. Bring on the nightmares!

Being that this is Steam, chances are good that discounts will fluctuate, and new games will be added to the list. One thing we know for certain is that this sale ends at 10 AM PST on November 1 – a single day after Halloween. Coincidence?! Probably not, no.

There are far too many games to list here, but some of the notable ones include:

Anyone plan on nabbing some games from the sale? Despite owning them on console, I wouldn’t mind picking up Alan Wake, Alan Wake’s American Nightmare, Limbo, and Costume Quest! ‘Tis the season, after all.