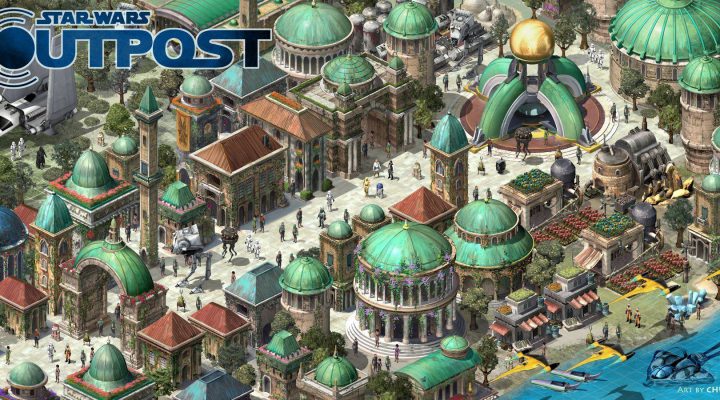 Acquisitions are tough. Take Disney’s 2012 acquisition of Lucasfilm, for example. Sure, it resulted in one of the biggest selling movie of all time — but it also resulted in the cancellation of a few great games projects. Some we knew about, like Star Wars 1313, and some we didn’t — like Star Wars Outpost.

Thanks to a recent article on Kotaku though, the cat is finally out of the bag. 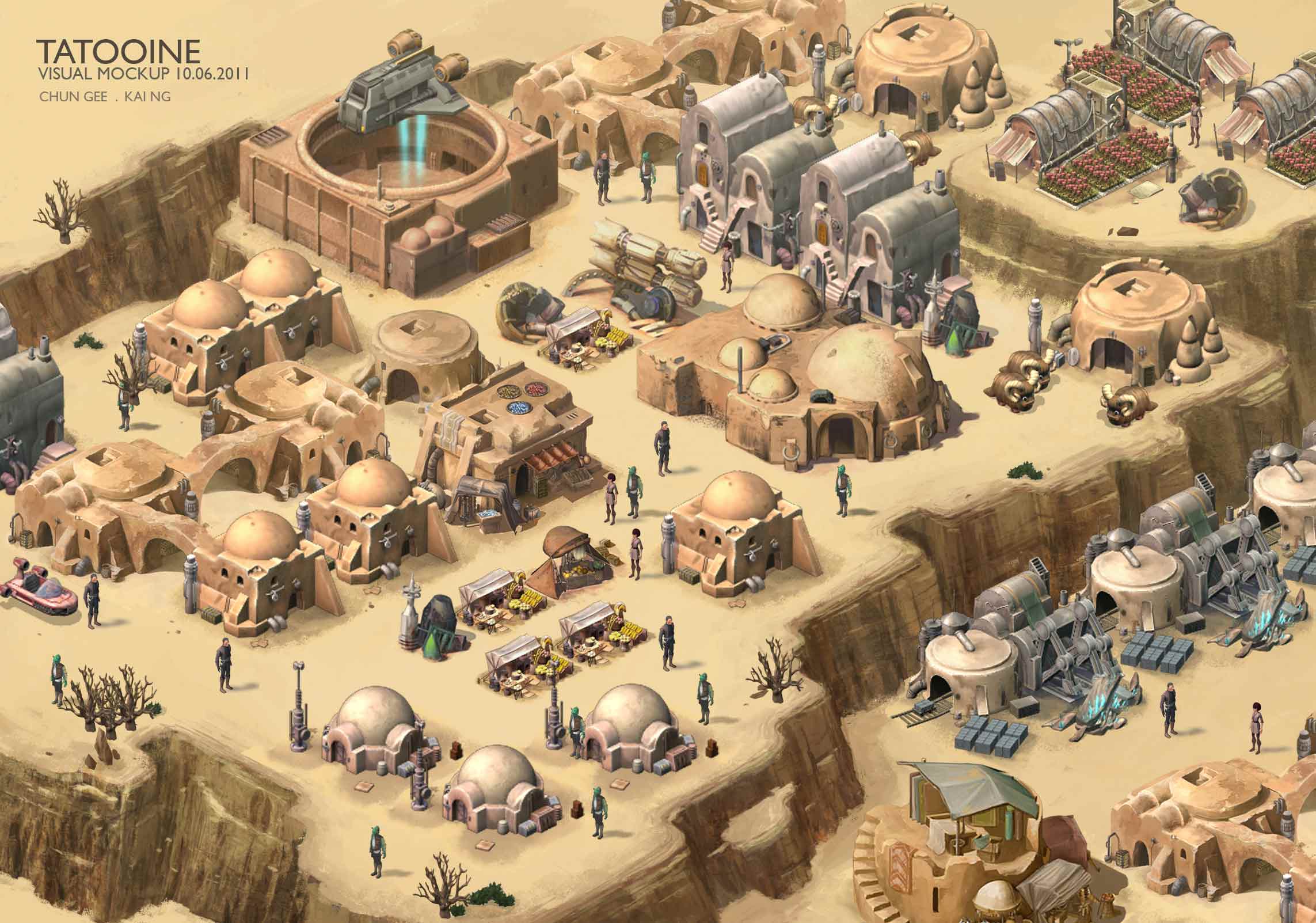 A tipster sent in a number of details and some art, suggesting that the game was nearly complete when the project was shuttered. Star Wars Outpost would have been available on browsers, iOS and Android, and — judging by the screenshots — seemed to fit in the city / farm / trade social simulation genre that was so popular a few years back. Appearances can be deceiving though, as the tipster informs Kotaku that Star Wars Outpost would have been “hardcore,” and drew inspiration from games like Settlers of Catan and EVE Online.

As someone who’s been pitched more than a few mobile games in my time (I’ve read about 100 pitches this week, and it’s only Wednesday), I’ll be the first to point out that there’s a big difference between lofty promises and actual gameplay. Sadly, we’ll never have a chance to find out if Star Wars Outpost might have lived up to those promises. 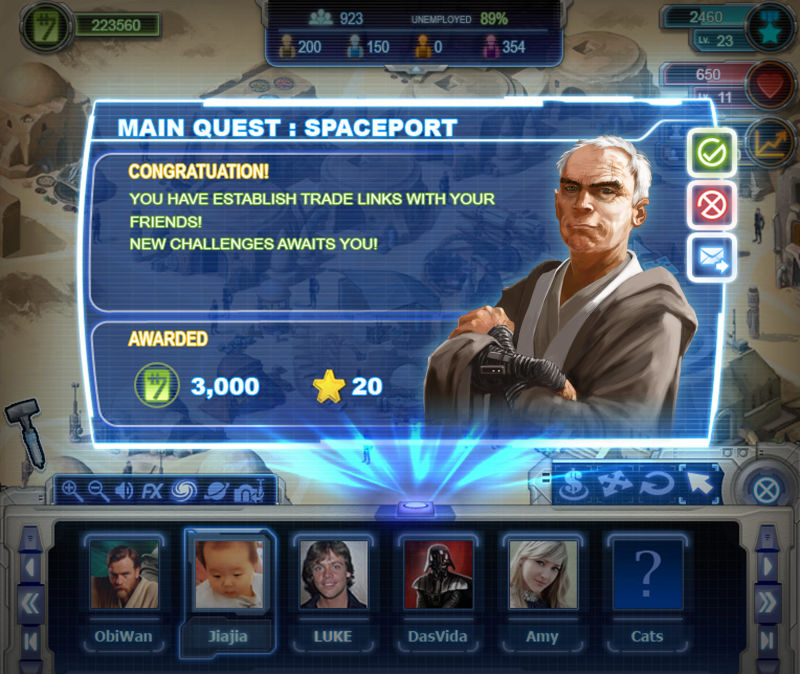 My gut says this would have been a Star Wars take on the CastleVille Legends / Paradise Bay formula — which in itself also sounds kind of awesome. After all, what kind of trade is more exciting than galactic trade?

There’s no shortage of mobile Star Wars games. Some of them, like Star Wars: Galaxy of Heroes, are actually pretty great. But when something is shut down this close to release, we can’t help but find ourselves wondering what might have been.