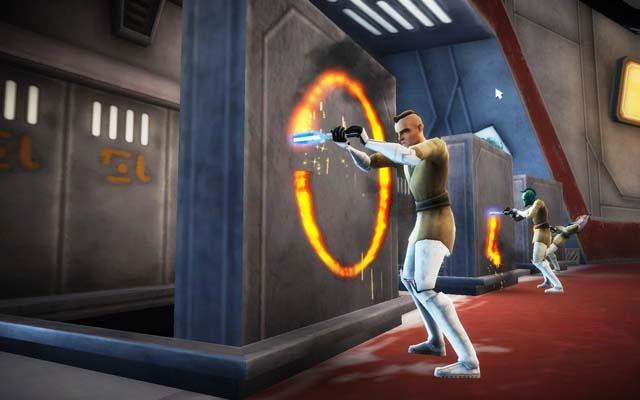 Sony Online Entertainment, developers of Free Realms, has announced another free-to-play virtual world aimed this time at Star Wars fans. Star Wars: Clone Wars Adventures will launch this fall and will be aimed at fans of the Star Wars: The Clone Wars animated TV series on the Cartoon Network.

The virtual world will be geared towards kids and families, offering mini-games (like Droid Programming and Speeder Bike Racing) and other activities, social events, and customization options. Players can even battle it out with friends alongside iconic Star Wars characters like Anakin Skywalker, Obi-Wan Kenobi, Yoda, and Ahsoka Tano.

According to SOE President John Smedly, Clone Wars Adventures will be seamlessly integrated with the TV series and designed to be a true extension of the show.

Players aim to become the next great hero of the Republic and take their place alongside the Jedi, Padawan and Clone Troopers. Players can speed through space in a starfighter, take out waves of battle droids in Tower Defense or test their brains with challenging Droid Programming puzzles. 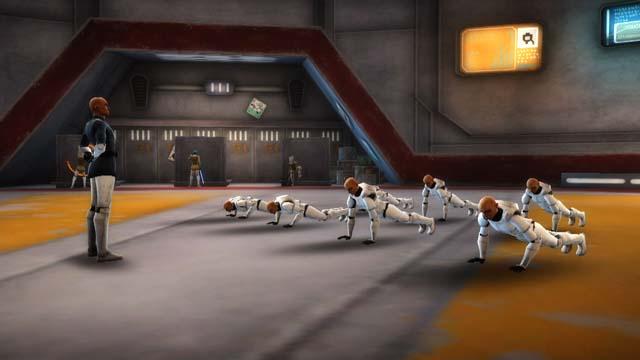 Clone Wars Adventures is a free-to-play game, but players who want to take the galactic action to the next level can purchase a monthly membership. Players can also buy Star Wars universe items from within the game through micro-transactions using Station Cash.

Other features will include:

Is the sky falling for Zynga, Crowdstar, and Playfish?