Star Trek Timelines is the next game from Disruptor Beam 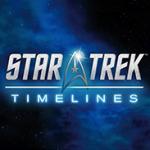 When Disruptor Beam hinted to us earlier this week that its next game would be based on an IP even bigger than the one featured in the title that put the studio on the map, Game of Thrones Ascent, the natural reaction was skepticism. What could be bigger than the show so popular it crashed HBO Go during its season 4 premiere last Sunday?

As it turns out, what the Boston-based developer really meant is that it’s working with a brand that has withstood the fickle, ever-changing winds of pop culture fandom for decades. Get ready to seek out new life and new civilizations online and on mobile devices, as the company’s next project is Star Trek Timelines.

Described as a strategy RPG like Game of Thrones Ascent – and made possible by a license from CBS Consumer Products – the new game will draw on characters from The Original Series all the way through to Enterprise in a story-driven voyage that challenges players to explore the galaxy the Star Trek way. That means assembling a ship, gathering a crew and determining whether combat, diplomacy or science is the proper solution to any given situation (Kirk may add seduction in there too).

If that’s not enough to pique the interest of your inner Trekkie or Trekker, consider that Disruptor Beam CEO Jon Radoff sounds every bit the kindred spirit.

“I grew up watching the franchise and have always felt that the best episodes were those that went beyond the coolness of the technology or vastness of space; the ones which told the story of characters making important decisions that had an impact on others, on civilizations, planets, and technology,” Radoff said in the official game announcement. “Star Trek Timelines will encompass all of these concepts, allowing you to explore the vastness of space along with your friends — letting you live out the ‘where no man has gone before’ mantra we all love — but will also allow you to make decisions that impact your future, your friends and even the fate of the Galaxy.”

The studio is promising brand new artwork and 3D graphics for the game, and given the deft touch it displayed with the social aspects of Ascent, it should be fun to play with friends too. PAX East just happens to be cranking up in Disruptor Beam’s backyard on Friday, so don’t be surprised if there are more Timelines tidbits to share before the end of the week.

Kentucky Route Zero Act III before the end of May