Stacking the deck: Playdek’s tools for creating a digital board game community [interview] 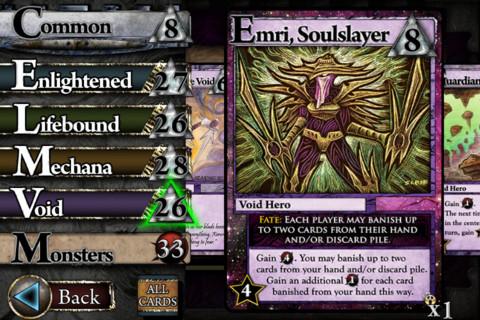 One of my favorite things to do with friends in college was have a board game night. Every few months, we’d find a great base product that we loved, pitch in for as many expansions as we could afford, and game late into the night. Titles like Dominion, Munchkin, Fluxx, and Killer Bunnies were some of our favorites, to name a few. As we got older, though, our time adventuring grew more and more sparse.

The biggest thing preventing us from having a good time was time itself. School and work obligations left us with little free time until late in the night, where a loud gathering of college gamers isn’t exactly feasible. Then, once summer rolled around and we all moved back to our respective corners of our state, gaming stopped altogether.

Since the new decade, however, a revolution of new (and old) digital tablet games has alleviated all of our problems. They work over the internet, cost less, and require no extensive collection of pieces or cards. The genre has grown so big that we even dedicated a yearly award to the genre last winter. Through hard-working companies like Playdek, board gamers across the globe have been able to play the games they love more often than ever.

This E3, I had the pleasure of meeting with Joel Goodman (CEO) and George Rothrock (Director of Product and Business) about their plans for the future. By piloting extensive brands like Ascension and Nightfall to iOS (both 5 star reviews here at Gamezebo), Playdek has helped take digital card and board games to the next level.

Early in, I’d been tipped off that Playdek has huge plans for the future. As an avid board gamer, I couldn’t start by asking which franchises we could expect to see hitting tablet devices. With a smile, George offered me the following:

“The landscape is pretty broad. We have a few things in the works that we’ll be announcing shortly, but we have a few big projects coming soon. First we have Summoner Wars, our main focus. Past that, we’ll be bringing out Penny Arcade: Gamers vs. Evil with Cryptozoic.”

Two big name franchises in the works right off the bat. From the base level, it’s hard not to get excited at additional titles. The Playdek forecast?

But that’s just the tip of the iceberg. Playdek has plans far beyond simply increasing the rapidly expanding digital board game library. They believe that the technology presents something far bigger than a collection of fun apps.

“We really are excited at the idea that it gets to broaden the amount of games you get to play,” George begins. “You can play games that don’t hit the table that often with your friends, as well as try games that you might not have had originally”.

It’s here that they offer me a chance to play with their nearly complete build of Summoner Wars. Movements are intuitive, the battlefield is colorful, and each individual card has tiny, moving backgrounds. Aside from simply being a faithful recreation of the original card game, a great deal of focus has gone into creating an experience.

“We want to pull together and build a digital community of board gamers. It’s a very engaged community, and the platform and technology is just right. That’s why you see such an explosion right now of board gaming coming to mobile, especially iOS.”

I confide in this statement, explaining the same tale that I told to open this article: mobile games have made it infinitely easier my friends and I to connect with the games that we love.

“What happens with a social space in physical games,” Joel explains, “is that there’s a fragmentation where consumers lose sight of certain products, and lose sight of a community to play with. [But] as you can see in digital MMOs, when you make a very accessible social experience, the users can stay very well-connected.”

To back this statement, George shows me the intuitive connectivity that Playdek has planned for Summoner Wars‘ multiplayer. 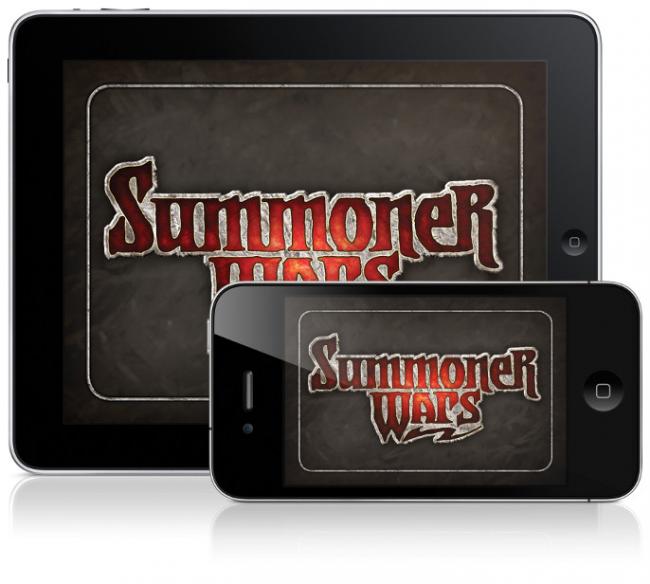 “You’ll have matchmaking and gameplay with your friends. You can set the length of time you want to have a game. Some people don’t mind having a game over seven days, others want to play it all the way through right away. Connectivity is important. We have proprietary asynchronous play.”

“But,” George replies, “that doesn’t prevent you from sitting down with someone and playing your game in real time. What’s great about our system is that you can get off whenever you’re busy and have to go. The switch is seamless. And f you don’t finish by the agreed time limit, you’ll forfeit”.

In addition to creating a multiplayer system that connects the best of the immediate and asynchronous worlds, Playdek is adamant about another kind of connection with Summoner Wars: bringing both new and old board gamers together:

“We made this game free-to-play because we really believe that a ton of people are going to get it and enjoy it,” George says. “Even people who aren’t into this game or genre will find themselves surprised. There’s a fantastic learning curve that rewards both newcomers and veterans”.

By speaking with Joel and George, I see a fire in their eyes, and not just because I’ve been duking it out with the fire-based Phoenix Elf Prince Elien for the past half hour. The folks at Playdek are game designers by profession, but board game geeks by heart. As I’m eventually forced to part ways with Summoner Wars and move forward to other obligations, George leaves me with a final inspirational statement:

“It’s our goal to bring as many games as we can to this great community, stitch the community together, and help everyone have a great time playing. We aren’t trying to surpass the physical games; we’re trying to supplement them. The thing is: you get to play your game more. There are nights when the game you want to play doesn’t hit the table. Or maybe you don’t have enough people to play. With online play, I’ve gotten to play with more people than ever before. “

Just like the perfect deck, Playdek seems to have all the pieces they need to deliver their powerful strategy. Through skilled programmers, the support of top-tier board game designers, and dedicated gamers, Playdek’s game plan appears spot-on.

Wooga removing their games from Google+ on July 1

Apple bringing Game Center to Mac, cross-platform play with it