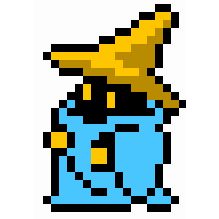 When it comes to mobile games pricing, the highest most developers would dare to go is $5.99 – and really, even that’s a crazy extreme.  99 cent and free-to-play apps make up the majority of the App Store, so it seems pretty unlikely that anyone would dare charge between $15 and $30 for an iOS download, right?  Well Square Enix doesn’t think so.

In their defense, I don’t necessarily think so either.  Sure it bucks the trend, but hey – the games they offer up could easily net a higher price on traditional handheld devices, so who’s to say the idea of low pricing on the App Store is set in stone?

At Casual Connect in Kiev today, Square Enix’s General Manager of Mobile for Europe Antony Douglas answered some questions on this very topic, and not only did he provide some insight on why this is, but he teased the crowd with a statement suggesting that Square Enix’s pricing policies might be changing;

“I think that the Japanese view of this is that we have built quality games, whether they’re for handheld or for mobile… the business model is not set in this world.  Everything is free-to-play right now, tomorrow it could be different, [and] it’ll change the day after that.  I think Japan wanted to try things – bear in mind that game sells incredibly well at that price, [and] I think there’s something honest about it, because it tells you how much the game is going to be.”

“$20 for something you can play for 30 or 40 hours is still cheaper than what you can get on a handheld.  [Square Enix] Japan are trying that and seeing how it works, and it works very well in Japan.  It has been commented on quite a lot in Europe in the West, [and] they’re responding to it.  They’re seeing the feedback, and there will probably be changes in the way that it’s structured.”

Does this mean we’ll see premium games at lower prices from Square Enix in the future?  One can only hope.  But until there, there are still plenty of us willing to pay $15.99 for another Chaos Rings.