Home / News / Spelunky bringing its treasure haul back to PC 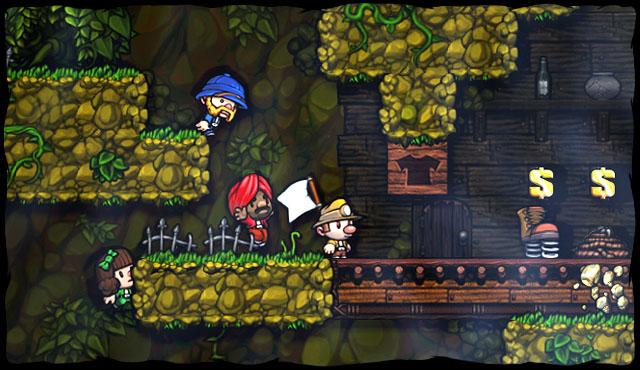 Exploring caves is a dangerous job, but if you’re in it for the treasure, it can be a lucrative one too.  Just ask Derek Yu. His studio Mossmouth took their free indie game PC Spelunky, gave it an epic makeover, and released it on Xbox Live Arcade last year to critical acclaim. The remade Spelunky was one of the most talked about games of the year.

But with all of this praise came one simple question: why wasn’t it on PC, too? After all, that’s where Spelunky got its start. If this is a question that’s still on your mind, we have good news: Spelunky is coming home. Developer Mossmouth has confirmed that the XBLA version will be arriving on Steam and GOG.com this summer, with a Humble Store release to follow.

Don’t want to wait, but don’t want to buy an Xbox either? The original version (now dubbed Spelunky Classic) is still free and can be downloaded from the Spelunky website. If you’ve never had a chance to play this roguelike platformer, complete with randomized levels, there’s no better place to start.