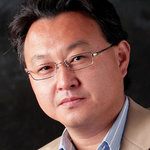 Gaming is becoming more and more fragmented thanks to the availability of multiple consoles, phones, and handhelds, to say nothing of all the free stuff that’s available on Facebook. It’s enough to make a game lover ask, “Why can’t we live in peace? Why can’t console engineers just put some of their exclusive IPs on mobile platforms?” Surprisingly, Sony has said, “You know what? That’s not such a bad idea.”

Earlier this week, Sony informed Industry Gamers that the company is open to the idea of bringing its IPs to mobile and Facebook. “That’s a really good question, and that I believe is totally possible,” said Shuhei Yoshida, the head of Sony Worldwide Studios. “We’ve been discussing [that possibility] and if you noticed, we released an inFamous-themed Facebook game at the launch of inFamous 2. So we are experimenting, and I don’t necessarily believe we’re competing against cell phones or social networks – because everybody uses Facebook and lots more people have cell phones and smartphones already. With people’s lifestyles, they’re always connected and engaged socially, so why not put our IP on there… or give some small experience [related to our IP] like you said?”

Yoshida’s inFamous Facebook example illustrates another point that he made to Industry Gamers: Sony could theoretically introduce new audiences to its established franchises by making relevant social and mobile games. Meanwhile, the deeper and more complex entries in the same franchises would be reserved for Sony’s consoles and its handhelds, like its new PS Vita.

Industry Gamers’ James Brightman wonders if the day is coming when we might see a similarly relaxed attitude from Nintendo, given that the “old guard” is under increasing pressure from investors to expand into mobile. Currently, Nintendo hovers over its IPs like a dragon hovers over its cache of gold, and it shows no signs of loosening up. Sure, Nintendo would earn every last dollar bill on Planet Earth if it released an iPhone-based Pokemon adventure, but at this point, it’s not happening.