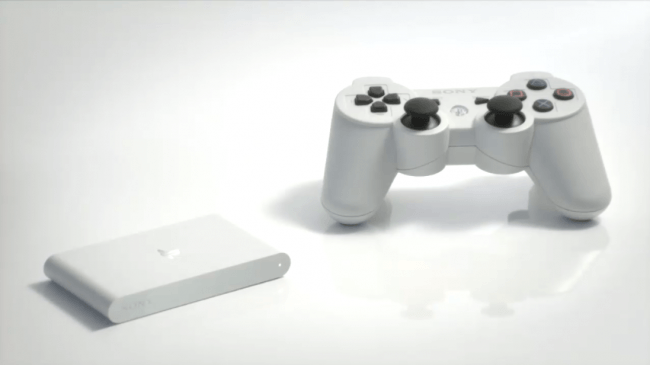 In a surprise move today at their Tokyo Games Show press conference, Sony has unveiled a new “micro-console” of sorts called the PlayStation Vita TV. It seems that the Vita TV will directly compete with other like hardware from the camps at Ouya and Gamestick, not to mention other big contenders such as Apple and even Google.

Working in a similar fashion as the recently released Ouya, Vita TV will enable gamers to play their favorite PS Vita and PSP games on their TVs using a DualShock 3 controller. But while the tiny Vita TV hardware will be capable of reading PS Vita game cartridges and memory cards, the biggest draw of the upcoming system is that it will also have the ability to access a number of popular TV streaming and online services, such as Hulu, Netflix, and Twitter.

We have already seen the Ouya struggling in the first few months following its commercial release, with a slew of hardware and interface problems, not to mention a somewhat desperate campaign to lock in more exclusive Ouya titles in the months down the road. Now with the advent of other micro-consoles like the Vita TV on the horizon, could this signal the final nail in the coffin for the struggling hardware? But then again, there’s also a lot to say of the Vita’s wavering games catalogue to date as well, and so it is still entirely possible that Sony too could find themselves in desperate need of more “Vita TV exclusive” games down the road to push more console sales.

While global release plans for the Vita TV are still under wraps for now, Sony did reveal that the new TV-streaming console will be making its commercial debut in Japan on November 14, 2013, and will come in a bundle that includes the console, a white DualShock 3 controller, and an 8GB memory card, which is said to retail for the equivalent of approximately $140 in the U.S. The sleek white design of the Vita TV mirrors the newly announced redesign of the PS Vita, which was also unveiled by Sony in their TGS conference today.

Keep checking back on Gamezebo for future updates about the Vita TV console, and what this might mean for Ouya, and even other TV streaming services like Google and Apple TV down the road. And in the meantime, be sure to let us know your thoughts about Sony’s surprise announcement down in the replies!

GREE dishes on their success with live events in Modern War

Free Games and Sales: The Night of the Rabbit, Sprinkle Islands and more!