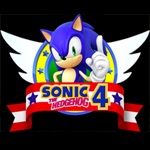 Earlier this year Sega announced that the Sonic franchise would be going back to its 2D side-scrolling roots with the multi-platform release of Sonic the Hedgehog 4: Episode 1. During the February announcement it was confirmed that the game would be available on the PlayStation Network, Xbox Live Arcade, WiiWare, and a mystery platform that they weren’t prepared to announce. A number of leaks surfaced that made it pretty clear that the mystery platform would be the iPhone/iPod Touch, but it wasn’t made official until now. Sonic 4 is definitely coming to the iPhone… but it looks like we’re going to have to wait a little longer than expected.

The recent post on the official Sega blogs that confirmed the iPhone as a Sonic 4 platform also dropped a piece of information that is bound to disappoint some. Originally scheduled to release Summer 2010, the game has now been pushed back to “the latter half of the year.” At least they’re doing so with good reason;

“SEGA has made the decision to ensure thatSonic 4: Episode Iis a game worthy of bearing the weight of its name. To do so, we’ve decided to extend the game’s development – and, for the first time ever, we’ve mixed internal suggestions alongside fan feedback to make some new, positive changes to the game.”

The most exciting piece of news, however, didn’t come from the Sega blog posting but from an episode of Gamespot On The Spot. Sega Digital’s Ken Balagh appeared on the show and announced that the iPhone version will feature two levels that are exclusive to Apple’s handheld;

“We will have two exclusive levels on the iPhone that are not on the console versions that really go to the core of the gameplay mechanics of the iPhone… they really play to the touch and the tilt mechanics that the iPhone offers you.”

Want to know the moment the next Sonic gets released? Be sure to set a Gamezebo game alert on our Sonic 4 page!

From Backgammon to Mafia Wars: A brief history of social games