Sometimes you just need to play Tetris on a giant building 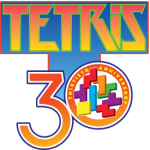 Want to feel old? This summer Tetris turns 30. And like anyone entering their thirties, sometimes you just want to kiss your youth goodbye in the biggest way possible.

That happened for Tetris this past weekend, when Alexey Pajitnov’s puzzle classic was played on the side of The Cira Centre; a 29-storey skyscraper in Philadelphia.

The massive project was undertaken by Dr. Frank Lee, a professor at Drexel University (who you might know better as the guy who put Pong on the side of The Cira Centre last year). According to a press release put out by The Tetris Company, Lee is hoping to break the Guiness World Record for Largest Architectural Video Game Display, which – you guessed it – he already holds for Pong.

Playing Tetris on the side of a giant building is cool and all, but it’s not half as exciting as the real story behind the first few years of the game. If you have an hour to kill, be sure to check out this great documentary for a taste of Cold War video game craziness.

Advertising as Art: Free To Play isn’t a documentary, but it is a fascinating experience

Get ready to save lives in colourful Android simulation Doctor Life