Home / News / Something Smash Bros this way comes: Check out this trailer for Fright Fight

Something Smash Bros this way comes: Check out this trailer for Fright Fight 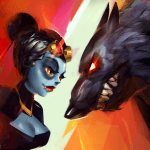 We get more emails that you can imagine here at Gamezebo, so it takes something really unique to stand out and grab our attention. And by unique, I mean “clearly ripping off a classic Nintendo formula, but hey, we’ll take it!”

If you’ve had a hankerin’ for Smash Bros. style fun on your mobile device, Appsolute Games is hoping to scratch that itch. Fright Fight is expected to hit iPhone, iPad and Android in January 2014, with a soft launch in New Zealand right around the corner in the first week of December. The game is set to offer cross-platform play for up to four players, be they random strangers or BFFs (best fightin’ friends).

The developers are promising a theme that mixes horror, fantasy, and steampunk — and the Yeti with the golden glove in the trailer seems to support this nicely. We’ll be keepin’ an eye on this one, if only because Nintendo hasn’t given any sort of a firm date on Super Smash Bros. for the 3DS.