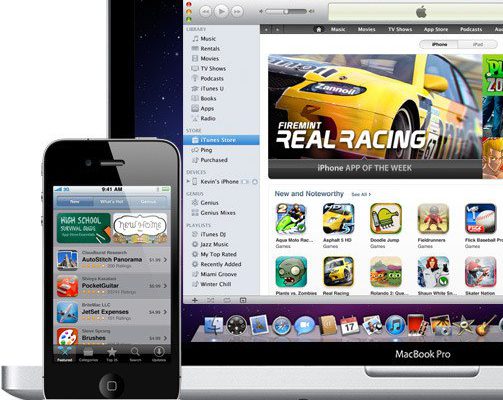 Picture this: your favorite Facebook game is now available on your phone. Amazing! You rush to the app store to download the game, wait patiently for it to install, all the while imagining just how great it will be to be able to pop into the game while you’re on the go, harvesting crops or collecting rent. Problem is, you quickly learn that the two versions of the game don’t speak to one another. If you want to play on the go, you’ll need to start again from the beginning.

This happened to me twice over the past few weeks, and both times it made me anxious for the time when games will truly be cross-platform.

Both City of Wonder and Trade Nations recently expanded to new platforms, both games rated very highly here at Gamezebo. Trade Nations made the leap from iOS to Facebook, while City of Wonder did the reverse. But either way, for existing players these ports are useless. I can’t check in on my bustling Trade Nations village that I’ve built up on my phone while I’m on Facebook. And the same goes for City of Wonder. How great would it be if you could still manage your city even when away from the computer? Social games generally only require gameplay sessions of a few minutes, so being able to play wherever you are, no matter what platform your on, is ideal.

The action-RPG is playable on both iOS and Facebook (and soon Android), but more importantly all versions speak to one another. I can do some questing on my desktop, and then pick things up right where I left off on my phone. This not only means that I can play the game on my own terms, switching back and forth between platforms as I see fit, it also means that I play more. If I don’t feel like booting up my computer I simply grab my phone. If I want to sneak in a quick quest or two while I take a break from work, I can do that too. And other games, like Shadow Era, allow for the same flexibility. I can only imagine what would happen if a game like Empires & Allies was truly cross-platform: I might never get anything done.

The key, though, is to make sure that all versions are the same. When FarmVille came to the iPhone it was a solid port, but it was still inferior to the Facebook version. Maybe that’s why it hasn’t exploded in popularity like many intially thought.

The point is, while ports are all well and good, in order to really maximize the potential of a game that takes place inside of a persistent world, all versions should speak to one another. Imagine if Blizzard announced that World of Warcraft was coming to the iPhone (hey, it could happen), but that you couldn’t use your current characters in the mobile version. It would seem almost pointless. It would be amazing to traverse Azeroth on your phone, but without the avatar that you’ve put so much time into it just wouldn’t be the same.

This is even more crucial for social games where timing is a factor. You’d likely have far fewer spoiled crops if you could play on multiple platforms. I know I would. Multi-platform gaming seems to be the future, but it’s all for naught if games won’t talk to one another. For now, I’ll just go play some Buddy Rush.

And just like that, Apple invents their own Wii U