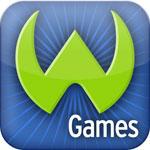 Game portal WildTangent has just become a little more social, with the addition of a new section that focuses specifically on social games. Popular Facebook games like It Girl and Salon Street are now playable on the site, and a contest is currently underway that lets users win free virtual currency.

A total of eight social games are currently available on WildTangent, each one a port of a game also playable on Facebook. You’ll still need a Facebook account to play, though, as the games utilize Facebook Connect. The biggest difference is that games on WIldTangent use a different virtual currency; WildCoins, as opposed to Facebook Credits.

To celebrate the launch of the new social games section, WildTangent is running a contest. By playing the featured game of the day, and answering a few questions about it, you’ll be entered into a a draw to win 1,000 WildCoins. A different game is featured each day, and the contest will be running until July 9.

In addition to established titles like Gun Bros, WildTangent will also be home to new releases such as the just-launched Odd Manor.