Home / News / Social games and gambling: what a long strange trip it’ll be

Social games and gambling: what a long strange trip it’ll be 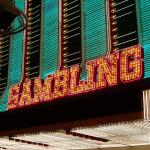 Gambling is coming to a social game near you. This was the unanimous opinion of everyone who attended GIGse, the Global Gaming Expo, in San Francisco last week. The big question is when?

The answer, based on the all the legal and regulatory roadblocks that exist, is not anytime soon. And, in the ad-libbed words of the Grateful Dead, “what a long strange trip it’ll be.”

Everyone agrees that online gambling will be legalized. The Justice Department’s recent decision that the Wire Act of 1961 does not apply to states selling lottery tickets across state lines is a huge big deal and opens the door to legalized gambling in the US.

Other factors pointing to the legalization of online gambling is that state governments are in debt and need the money from taxing gambling and the fact that millions are playing social casino and poker games on mobile devices and Facebook, but with virtual, not real money. Just last week, it was announced that casino games have overtaken farming as the most popular game genre on Facebook!

So why the delay? Ironically, it’s the government.

The crowd at GIGse (dressed in suits and clean shaved) looked like they would feel very comfortable at a conservative, Republican, small government loving rally. Ironically, they all agreed that what they’d prefer the federal government take the lead in legalizing gambling, so that we’d have uniform rules and regulation across all 50 states. The chances of US Congress pulling this off, however, are about zero to none.

Instead, every single state is going to pass their own gambling laws. California is currently working to make poker legal, and both Nevada and New Jersey are drafting laws to make online gambling legal in their states. The hope is that there will be some coordination as you see in horse racing and lotteries sometimes. But, most likely, anyone who plans to offer an online gambling site in the US will have to wait for the majority of states to pass legislation and then abide by the rules of 50 separate states.

But, wait, there’s more! Gambling will be online and very mobile. That opens a slew of issues:

As you can see, there are many roadblocks. The consensus at the show was that it would not be until 2014 that online gambling would be legal in the US.

I actually think it could be later than that.

There is one more roadblock which no one talked about and that is the moral and ethical issue.

A lot of people in the gambling and social gaming industries are salivating at the prospect of converting the millions of social gamers playing free virtual casinos into online gamblers. But, is it really a good idea?

Do we really want today’s free social casino games to be a trojan horse for millions of Americans and children to get addicted to online gambling? Right now, social games are all about good clean fun. Throw gambling in the mix, and this changes.

My big takeaway is that online gambling will be legal in the US and that social games will lead the way. But, it’s going to take a longer time to happen than most people in the games industry realize. And, this is probably a good thing. It’ll give us time to think if this is really the right thing to do.