Home / News / So long, ShiftyLook: Namco shuts down a very cool side project 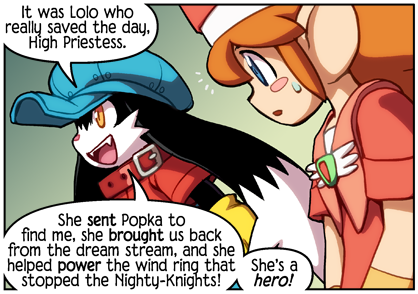 Back in 2011, Namco had a very bright idea: create a team to breathe new life into some of their long-forgotten franchises and characters. ShiftyLook was born out of this idea, and through a series of webcomics (and games and other media), they succeeded admirably at their mission.

But now, like the characters they were tasked to resurrect, ShiftyLook is destined to fall into obscurity; a soon to be distant memory.

“Now that we have successfully revived so many franchises,” reads the latest update on the ShiftyLook website, “the heavy lifting is completed – and so is our work. We battled the video games abyss and won, which means it’s time for us to move on and let the hit-makers play with some new toys.”

The early retirement of ShiftyLook spells a similar fate for many of its creations. Namco High, a fantastic dating sim/interactive fiction release that earned a near perfect score in our review last year, will have its servers shut down on Jun 30, 2014. Their mobile game BRAVOMAN: Binja Bash! will be suffering a similar fate, disappearing from iTunes, Google Play and Amazon at the end of this month.

It’s a definite bummer for ShiftyLook fans, though like any video game death, there’s an element of “insert coin to continue” that ShiftyLookers should be able to spot on the horizon. Wonder Momo, their biggest brand resurrection, will be living on as both a new platformer from WayForward Technologies and a collected hardcover comic book from UDON Entertainment. There’s some other projects that will be weathering the storm, too.

For a complete breakdown on what lives/what dies, check out the original newsletter posting on shiftylook.com.

Benjamin Rivers, the creator of Home, wants to be Alone With You