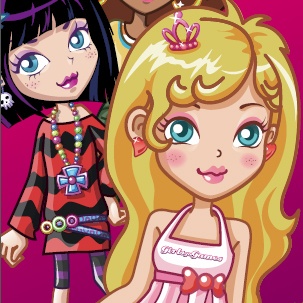 In what they’re calling the “first-ever report on tween girls’ online gaming behavior,” Spil Games recently released some hard numbers on just what’s going on in cyberspace with female gamers age 8-12. Using as a sample the over 7.6-million strong U.S. audience from their popular Girlsgogames web portal, the Dutch social games giant performed a miracle. They dove into the minds of young women everywhere… and returned with facts.

Among them? Numbers that point to tween girls as some of the most voracious online gamers out there (a.k.a. something every parent already knew). Specifically, the 8-12 set is only becoming more invested in their hyper-connected play time, with time spent using online games up from 38 minutes a month in 2011 to roughly an hour and twenty minutes per month for 2012. Perhaps less surprising is the fact that weekends serve as the hub for much of this beep-boop-ery: you’re most likely to find your sister/daughter/resident tween gal getting her gaming fix on Saturdays around 5:00PM, reports Spil.

“And what are they doing online for all this time?” asks every stereotypical parent figure from a late-90s movie ever. Why, making things, of course. In addition to socializing with other users, young female players generate a combined “88,000 pieces of content every day,” in one of their three favourite genres (statistically speaking): cooking, dress-up, or test & quiz.

“It’s clear that for tween girls, online gaming is about more than just the game: it’s about being creative, cultivating friendships and engaging with a fun community,” said Oscar Diele, Spil Games Chief Marketing Officer.

When stats like this hit the market – especially for a younger demographic – it always seems to be a race to give them one type of spin or another; perhaps both. From a parent’s perspective, it’s clear that access to content online isn’t shrinking. Importantly, games are taking a more and more central stage as hubs for interaction with others and content creation. While some may be tempted to decry this as further loss of “true socialization,” and a catalyst to cut back, I’d argue there’s a different lesson to be learned.

Leveraging that first number – that seemingly insatiable and only-growing sense of “must play,” now is a perfect time for parents to get down in the trenches with their daughters and find interactive content that is stimulating. If the numbers are any indication, they’re going to get this stuff somehow, so why not come out swinging in their corner and guide them to creative outlets where their socialization is safe, and content they create more than superficial – even intellectual?