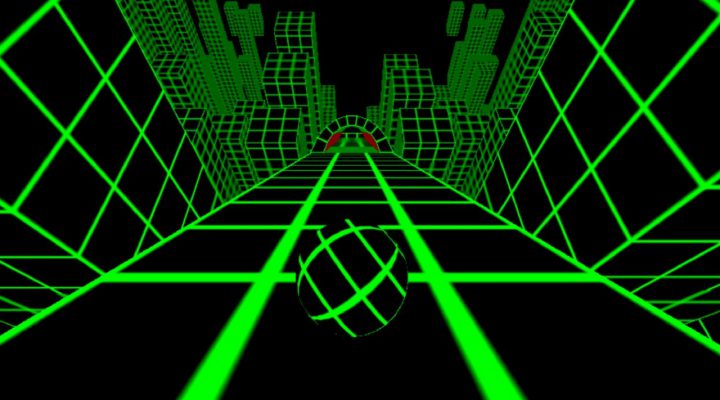 Set in a vertiginous cityscape of neon lines, Slope looks like a scene from 80s sci-fi classic Tron. It sees you steering a ball left and right as it rolls ever faster down an infinite series of unforgiving slopes until you crash into something and explode.

Normally this happens between five and ten seconds after you set off. Because the course in Slope is procedurally generated, you’ll never encounter the same one twice. Every turn is a lucky dip of narrow ridges, tricky obstacles, and deadly falls.

Some of these obstacles sit in the middle of the track, or at the edges, or both in an alternating sequence so that you have to weave at breakneck speeds around them. Other obstacles actually move left and right across the track, forcing you to make split second judgements in a state of high panic. 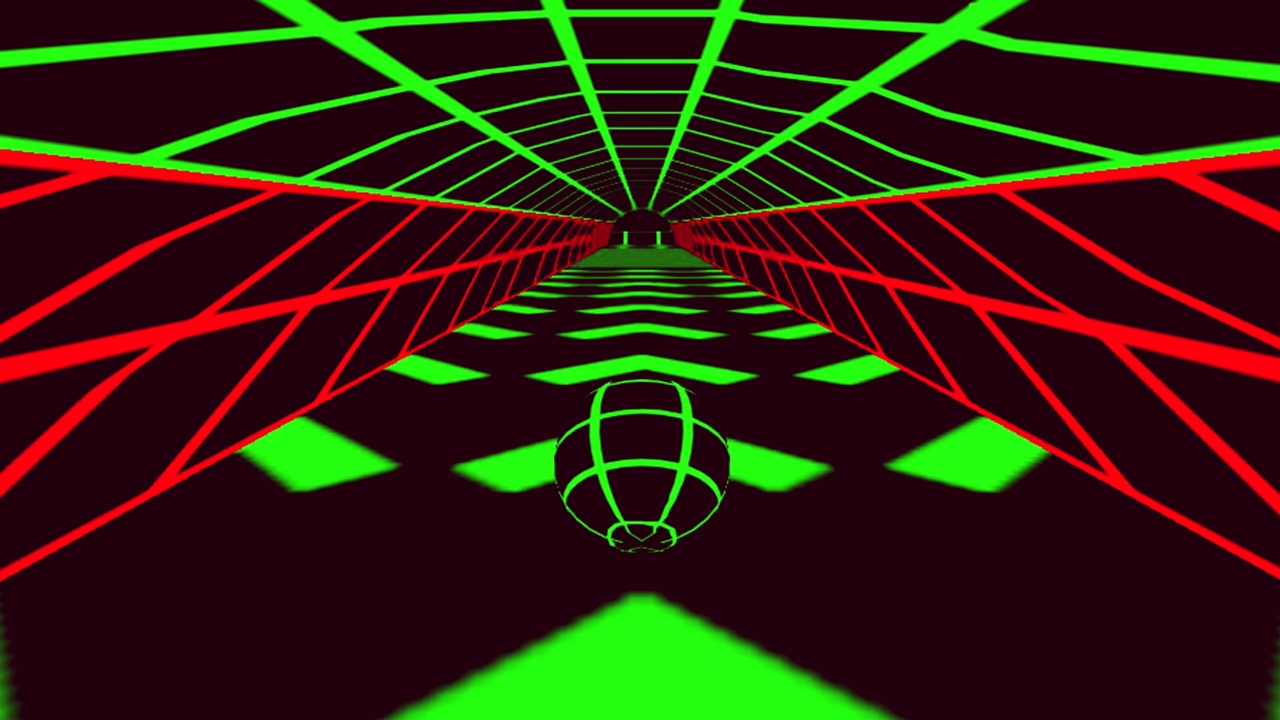 The surfaces you’re rolling down can also vary, from wide to narrow and from flat to sloping side to side, forcing you to carefully tap in the opposite direction to avoid being pulled into the void.

With all this danger to contend with, you’ll struggle to get far in Slope. A 20 point run feels like a major achievement the first time you manage it. The joy of the game is in how seamlessly quick it is to start another game whenever you wipe out, making it impossible to resist just one more go.

And a glance at the leaderboards tells you that there are plenty of players who have scored into the hundreds, as well as a couple who have suspiciously broken into six and seven figures. There’s plenty to shoot for!

Slope is free to play right now, so check it out here. You can check out loads of other cool games on the CrazyGames site here too!