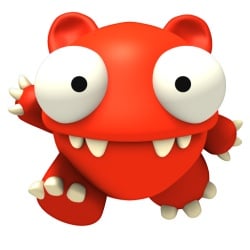 Where’s My Water? is getting its own web series. Rumors continue to swirl about feature films based on FarmVille and Angry Birds. Popular mobile and social games are now becoming popular brands, and along with that comes the slew of media tie-ins. Of course, some games are better suited to the film and television treatment than others. We’re still not quite sure what a FarmVille movie will actually look like. But there are plenty of other options and we’ve rounded up our favorites here.

Ravenworld – Between the original Ravenwood Fair and the more recent Ravenskye City, it’s clear that Lolapps’ “Ravenworld” is a rich universe with lots of storytelling potential. Heck, there’s even a third game, dubbed Ravenshire Castle, planned. If a series can support three different games set in the same magical universe, surely an animated series would work too. The ruins you stumble across in the floating cities and underground mines reveal a potentially deep mythology that’s only hinted at in the games. An animated series is the perfect chance to delve even deeper into the mythology of the universe.

CastleVille – Zynga’s latest release already has the benefit of looking a whole lot like an animated Disney feature. And unlike most games on Facebook, in addition to being set in a compelling world, it also features plenty of interesting characters to interact with. As you explore the gloom-riddled world you’ll come across all sorts of interesting people who tragically have very little to say. But a feature-length film would change all that. Finally you’ll learn whether or not Yvette and Rafael get together in the end.

Adventure World – Sure Adventure World is essentially just a re-imagining of an Indiana Jones-style adventure. But you know what? Those adventures are lots of fun. Packed with action and drama, treasure-hunting adventures done right are absolutely thrilling. And an animated version with Adventure World‘s charming sense of style even has some advantages, as you can have all sorts of crazy things happen without the need for special effects.

Woodland Heroes – The epic struggle between raccoons and bears depicted in Woodland Heroes seems like it was designed specifically with a Saturday morning cartoon in mind. It has everything you need. Great characters, beautiful art, and a lengthy story that spans the globe. It’d be the perfect way to spend a weekend morning while you chomp down on some sugary cereal. Heck, we can even envision a spin-off film and maybe even some action figures.

Barry Steakfries – He’s travelled through time to fight the zombie apocalypse. He’s battled mummies, vampires, and yetis. And he sure knows how to use a machine gun jetpack. Halfbrick’s leading man Barry Steakfries is the ultimate action movie star, and you get the feeling that games like Monster Dash, Jetpack Joyride, and Age of Zombies are only a glimpse of the crazy, monster-fighting adventures he’s been on. We wouldn’t mind spending more time with Barry and his so-bad-they’re-good one-liners, and a film or TV series would be the perfect way to do so.

Mega Jump – Much like Angry Birds, Mega Jump doesn’t exactly have a story. All you do is go up and up and up. But, just like Angry Birds, this game is full of adorable characters, and the cast just keeps on growing as new updates are released. We’re not quite sure what kind of adventures Redford and the gang would get into, but we’re definitely sure they’ll be cute.