Home / News / Simteractive at GDC 2019: Eden Isle is Slowly but Surely Taking Over the App Store

Simteractive at GDC 2019: Eden Isle is Slowly but Surely Taking Over the App Store 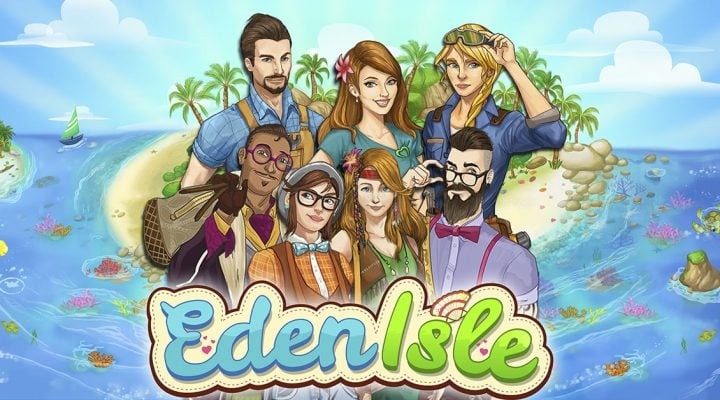 Gamezebo is at GDC this year, catching up with our favourite mobile games developers. We just met Simteractive, the folks behind Eden Isle. You know, the game that challenges you to create your own vegan utopia.

Eden Isle has amassed a modest following in its near two year lifespan, mostly thanks to its unique take on the city building genre. Rather than focus on generating as much money as possible, the goal here is to create a space that keeps its visitors happy. Imagine that?

You’ll still purchase and place a wide variety of buildings, each of which are designed to entertain your visitors. These folks are generally vegan green lovers, who will wander about hugging trees, meditating, and building trees out of paper.

Eden Isle Could be the Next Battle of Polytopia on Mobile

You can tap on any visitor to get their opinion on your isle, which helps you figure out what to progress next. Do they want more carrot rolls to chomp on? More trees to hug? Perhaps a new water attraction to enjoy?

If you have friends you can encourage them to play Eden Isle with you, and visit their own vegan utopia to get rewards that will help you grow yours faster. Just don’t get too jealous if they have a bunch more hipster visitors than you do.

We were very impressed with Simteractive’s dedication to Eden Isle’s small but dedicated fanbase. Slowly but surely, the development team has introduced a host of new features and improvements based on fan feedback to help really improve the experience.

It reminded us of the likes of Warframe or, more fittingly, The Battle of Polytopia in that way. Both of these games had rocky beginnings but eventually succeeded due to a single-minded determination to improve the game by working with the dedicated audience.

So we recommend checking out Eden Isle by grabbing it right now from the App Store. Due to Simteractive’s hard work, we wouldn’t be surprised if the game ends up dominating the iOS market.

PikPok at GDC 2019: Into the Dead 2 on Switch, Secret Multiplayer Update, and a Huge Mobile Release Planned for 2019