Simogo takes us through the early days of Year Walk 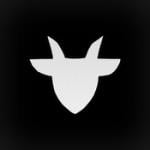 Simogo’s haunting and snowy adventure game Year Walk has only been out on the App Store for a couple of weeks, but we’re still reliving every breathtaking step of the mysterious journey as if it were just yesterday. Well now the Swedish developer has begun to fill up the Simogo blog with all sorts of cool stuff from the early days of Year Walk, which show us how the game came to be, and what it looked like from as far back as some of the initial planning stages.

In this first post, we get some pretty nifty insights about how Year Walk really evolved throughout the developmental cycle. For instance, did you know that Year Walk was originally supposed to be played from a third-person perspective in the style of a Legend of Zelda DS game? It’s true! But my favorite tidbit is Simogo’s demonstration of how the game map changed throughout the production cycle, and grew into a complex and more expansive geographical layout across several different versions. You’ll also find some pretty cool “super early doodles” from the art department that feature the ever-so-creepy Myling, and a “rather nasty-looking Churn Grim doodle.”

You can keep checking the Simogo blog in the coming days and weeks for some more cool Year Walk facts and other neat things, including “Work-in-Progress” from the mid-phase of the game’s production, and some scrapped puzzle ideas.

Fez arriving on PC May 1