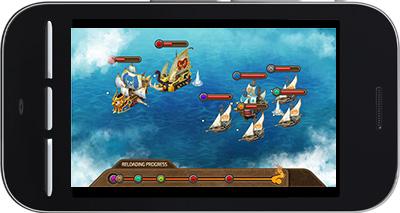 Can a pirate act civilized? Perhaps, if said pirates are brought within close proximity of civilization. 2K Games and GREE are ready to put that theory to the test, as the two companies are teaming up to bring the Sid Meier’s Pirates! And Sid Meier’s Civilization franchises to GREE’s social mobile platforms.

The concept behind the Civilization franchise hardly needs an introduction. You build an Empire, wage war, and deal with other nations as democratically (or nastily) as necessary.

“Civilization has been recognized as one of the greatest strategy franchises of all time with nearly 11 million units sold-in worldwide,” Christoph Hartmann, President of 2K, stated in a press release distributed earlier today by 2K Games. “Recreating these timeless classics on GREE’s fast-growing platform is a fantastic opportunity for us to bring deep, rich gaming experiences to a new audience.”

2K and GREE’s new mobile/social take on the franchise (which bears the simple albeit temporary named “Civilization“) should have some powerful social features implemented in it thanks to GREE’s expertise. The mobile/social gaming community, which is based in Japan, is huge in its home country, and has been making serious moves lately at capturing a North American audience.

“We are excited to work with a renowned publisher like 2K, as it expands into the social mobile space and takes its award-winning franchises to the next level of gaming,” said GREE’s CEO, Yoshikazu Tanaka. “Our goal is to build the best global social mobile gaming ecosystem for players, developers, and publishers around the world. This partnership is a big step toward evolving the traditional gaming world by creating a worldwide network for all types of gamers.”