Shot Online: Golf Battle Goes Live in the US with Gifts, Rewards, and Introductory Offers 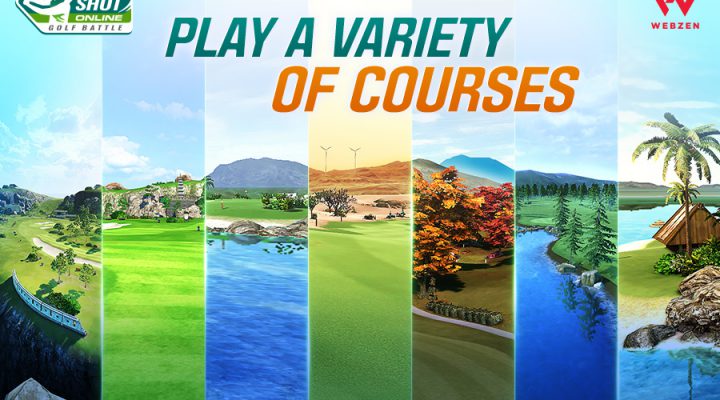 Shot Online: Golf Battle, the hotly anticipated mobile spin-off of Shot Online, is out now in the US on iOS and Android.

For the uninitiated, Shot Online is a popular 3D golfing MMO that first hit the virtual shelves all the way back in 2004, before landing on actual shelves as a physical game in 2006.

Developed by Korean studio Webzen, it sees players competing with human rivals while also levelling up their characters, purchasing new gear, and so on. The fusing of RPG mechanics and sporting gameplay is familiar now, but Shot Online was hugely innovative when it first arrived.

Shot Online: Golf Battle is a casual free-to-play take on the format that sees you challenging thousands of players from all around the world. The golfing is fully authentic, allowing you to choose your club for each shot according to the terrain and conditions.

There’s a parallel golf battle mode, too, ensuring that you’ll never have to wait for your opponent to take a shot. Matches take place with players who are available and present in real time, just like the real thing.

Plus, there’s an innovative new battle royale-style Survival mode that sees eight players competing in a series of rounds. Each round uses a different set of rules from the previous one, and each results in another player being eliminated. The last surviving player wins awesome prizes.

You can use a variety of special skills during these matches, while playing in 1v1 contests lets you win clubs, balls, gems, coins, and cards that allow you to upgrade your clubs, RPG-style.

To celebrate the launch, Webzen is running various giveaways and events on its Facebook page, while there are special in-game offers for Tee Pass, balls, and so on. A dedicated Shot Online: Golf Battle site has just gone live, too, letting you stay on top of the latest deals and developments.

You can download Shot Online: Golf Battle for free on the App Store and Google Play. It’s exclusive to the US right now, with other regions set to follow.