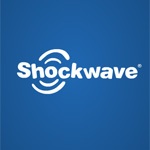 “Adding virtual goods to Shockwave is part of our long-term strategy to provide deep, engaging content experiences across our portfolio, and create diversified revenue opportunities for game developers,” said Dave Williams, Senior Vice President and General Manager, Nickelodeon Kids and Family Games Group. “Shockwave is a top destination for casual gamers, and we believe virtual goods will be a great addition for users and developers who want to expand beyond traditional downloadable games.”

The Shockwave virtual goods launch kicks off with the release of three new titles – Hungry Hungry Hippy, Let’s Get Grillin’ and Sara’s Super Spa Me. The games will allow members to purchase power-ups and vanity items in exchange for Shockwave Cash.

According to Shockwave, the introduction of Shockwave Cash, combined with the rollout of Shockwave’s achievement system for token and trophy awards last year, makes it easy for game developers to create deeper, more engaging game experiences that will make more money over a longer period of time.

This announcement follows Nickelodeon’s successful launch of the AddictingGames virtual goods in May and the company’s recent acquisition of Social Express – a social gaming development company. Additional innovations to the Shockwave site will be revealed in the coming months.

Shockwave.com is one of the world’s leading destinations for online games , and has served the most comprehensive selection of free interactive games since 1998. The site has a library of more than 1,500 games including arcade games, jigsaws and puzzle games, multiplayer games, downloadable games and more.