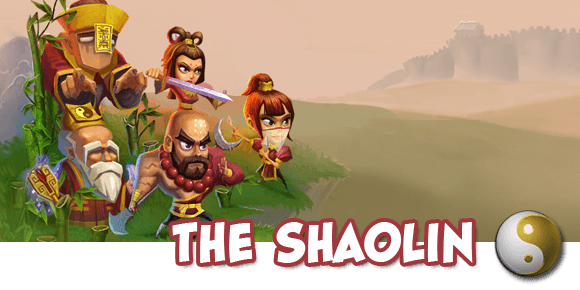 If the app market has redefined games as a service, Robot Entertainment may just be the hardest working mechanic out there. When its flagship mobile strategy title Hero Academy hit iOS, we lauded the game as the “start of something special:” a wonderful asynchronous foundation ripe for further expansion. And expansion we’ve gotten, with the addition of a Dwarves team, a Team Fortress 2 squad, and a Steam version of the game. Wait a minute, what’s that in the shadows?

More awesomeness, that’s what. Hitting Hero Academy in November is a mystical, tactical team of ninjas known as the Shaolin. Hailing from the “heroic schools in the east,” the team eschews volatility for a balanced approach, turning an enemey’s strength against them. This tact manifests literally in the team’s special unit, the Shadow, who harnesses ancient arts to revive KO’d enemies as specters fighting for the Shaolin. Meanwhile, the persistent group bonus emphasizes harmony and a focus on combos, strengthening each unique that damages an opponent in the same turn. As with other teams, the Shaolin comes with a playing field that will enter rotation for online play.

And because November is close enough to Christmas, Robot Entertainment has decided to keep the gifts coming. For $0.99, players will be able to purchase the “Challenge Collection:” a compilation of 30 puzzle-like scenarios that provide tactical practice in an offline environment. All new content will be made available on both Steam and iOS some time next month, so if you’re a fan of Hero Academy, start sharpening your skills (and your blades) now. If, on other hand, you’re not? Give your head a shake, and move five turns at a time over to the App Store as soon as possible. After all, no one likes to make ninjas angry.