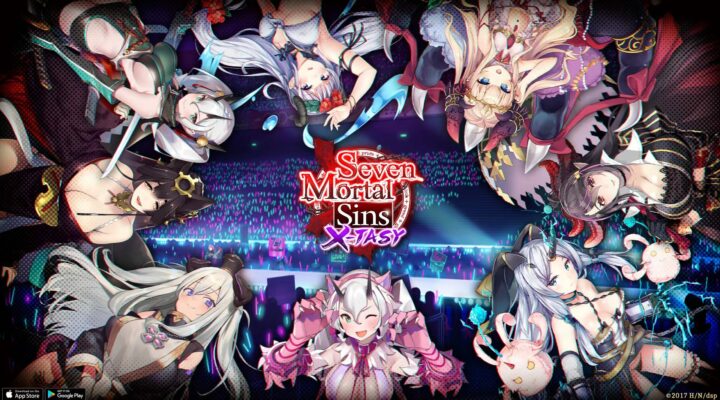 Seven Mortal Sins X-TASY, the hotly anticipated gacha RPG from Userjoy Technology, has just entered its pre-registration phase. You can sign up now to receive a package of rewards, including ten Summon Scrolls, 50 Level 3 Trainers, and 50,000 Coins.

In case you haven’t been following the news, Seven Mortal Sins X-TASY is a cross-media enterprise featuring content from Demon Worship Project, a manga and anime franchise first launched by publisher Hobby Japan in 2012.

Seven Mortal Sins X-TASY inherits the franchise’s universe and characters but takes them on a whole new adventure.

The storyline centers around Lucifer, the Fallen Angel. After being sent to hell for her sins against the gods, Lucifer – along with a human girl called Maria – sets out to defeat the seven demon kings and reclaim her freedom.

Then disaster strikes when Belial, the lord of Vainglory, joins forces with The Third Faction and kidnaps Maria.

All of these characters and others in the game are portrayed by the original voice actors, and the game’s illustrations have been created by a number of famous Japanese artists from Pixiv and Twitter, so fans of the anime will be on familiar ground right away.

The pre-registration campaign for Seven Mortal Sins X-TASY is set to run from now until Monday April 25th. Throughout you’ll not only be able to register for the game but also vote for your faction and take part in other pre-launch events, as long as you register through the site.

You’ll also be able to earn Summon Scrolls by inviting your friends to become demon believers, while voting on a faction could net you a 5-star Awaker.

You can pre-register for Seven Mortal Sins X-TASY right now on the Google Play Store, the App Store, or on the game’s official pre-registration site.