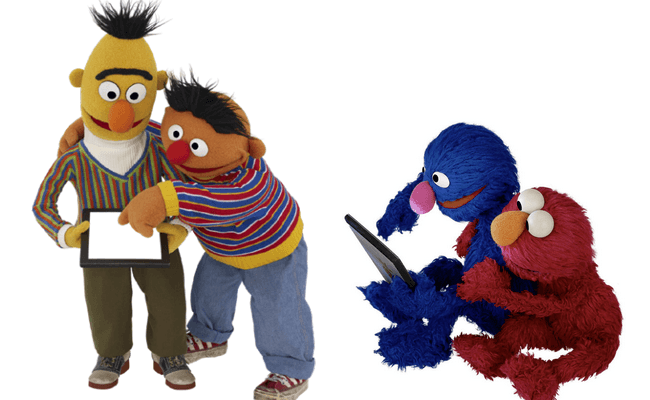 In an industry that is now 50 years old and consistently maturing, it’s easy to forget the other end of the gaming age spectrum: young children.  Sesame Workshop, the group behind the equally time-tested Sesame Street, wants to make sure kids are kept in the technological loop through age-appropriate and well-designed apps.  To help game designers achieve this goal, they’ve released a free best practices guide on developing for preschoolers.

As expected from any technology house worth listening to, the Sesame Workshop admits this document is not final and will continue to evolve as they learn more about children’s interactive habits.  Its current iteration, however, is already a worthwhile and informative read for anyone in the realm of designing for kids.

The guide offers advice on a variety of areas, such as steering a child through the process of wrong answers: they recommend helping the young player reach the correct choice on their own through encouragement and increased hints, rather than telling them outright.  And when a correct answer is reached, the payoff should be motivating, visually stimulating, and reinforce the answer that was just given.

There’s a helpful section describing the actions that children are more and less capable of completing: for instance, tapping and dragging are the easiest touch screen motor skills, while activities like pinching, tilting, and double-tapping are typically too challenging for the intended age group.  Multi-touch (which is often avoided even in adult games) frequently occurs unintentionally for children, so the guide recommends developing with this in mind.

Results of the Sesame Workshop’s own touch screen studies are also used to offer advice, such as the fact that children typically hold tablets in landscape mode and rest their wrists on the bottom of the screen.  They note that children often hold their fingers down on the screen until they receive feedback, so actions should be registered via touch and not the end of touch. 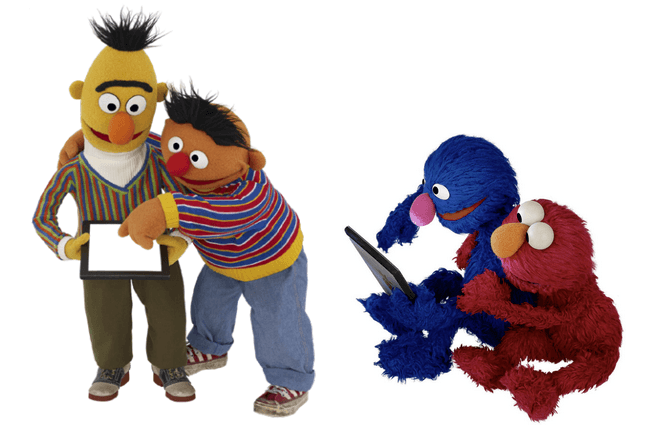 Despite its obvious focus on games for kids, generally sensible practices for any age level of games can be found throughout the Sesame guide, highlighting the fact that many of these best practices are universal.  The screen design section reminds developers that “similar concepts and functions should look similar and be grouped together” for continuity, and that any hidden elements, “such as additional colors on a color palette,” need a visual indicator in order to be found (advice that Draw Something would benefit from).  Recommendations that sound effects should offer immediate feedback from interactions, and background music should be used to enhance the gameplay experience without detracting from it may seem obvious, but even these ageless suggestions are sometimes overlooked by app developers (such as in the eerily silent Rage of Bahamut).

In an interview with AllThingsD, the director of education and research for the Sesame Workshop, Mindy Brooks, said their goal with this guide is “to make all preschool apps better for kids.”  The Sesame Workshop adheres to their own guidelines but obviously hopes other developers with follow suit, even recommending use of their custom Sesame Street font for recognition and continuity in kids’ apps.

Banding together and sharing knowledge to create the most engaging and educational children’s apps possible is an admirable goal, and one that is reminiscent of smaller developers rather than the large (albeit non-profit) conglomerate we often view Sesame Street as.  Many indie developers share their source code and creative process freely through repositories like GitHub and their own blogs, and it’s a movement that has created such inspiring events as the Global Game Jam.  Hopefully this trend continues in all areas and age groups of game creation: it’s yet another lesson kids would benefit from learning through Sesame Street and others.

Buy Shadow Lake, get past Mystery Case Files for $2.99