Home / News / Sequel to Draw Something in the works

Sequel to Draw Something in the works 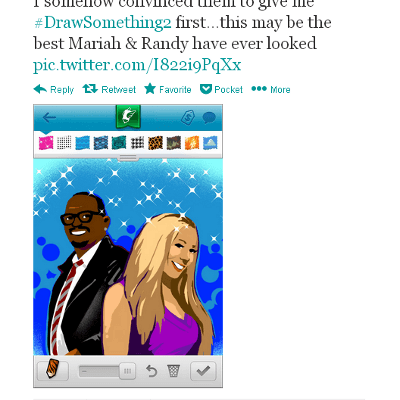 I’m not sure if you knew this, but TV personality Ryan Seacrest is also a game journalist. At least I think he is. I mean, he just revealed the existence of Draw Something 2, and that counts for something, right? Right?

Seacrest spilled the beans on Twitter, which, as we all know is where all the best journalism happens. “I somehow convinced them to give me #DrawSomething2 first…” he said. “This may be the best Mariah & Randy have ever looked.” A drawing of Randy Jackson and Mariah Carey was included with the tweet: 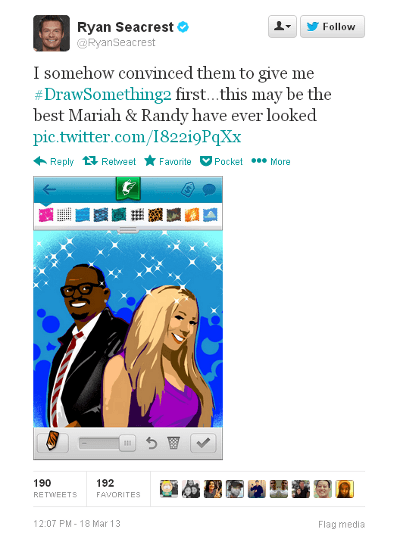 Not long after that tweet went live, Zynga VP and OMGPOP CEO Dan Porter responded and confirmed the existence of the game. Porter also noted that the sequel would feature “new ways to draw & connect.”

While all this may seem strange at face value, it isn’t by pure coincidence that Seacrest knows about the game. He’s been pegged as host of the upcoming Draw Something game show, which last we heard is still in the works. Something tells me this new gig will seriously eat into his time for game journalism, but these are the sacrifices we make.

Speaking of game journalism, we owe a hearty thank-you to Inside Social Games for first noticing Mr. Seacrest’s tweet!