See the next two projects from Telltale Games right now 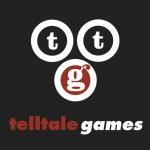 And thanks to the magic of the internet, we can share those trailers with you in but a click of your mouse. 🙂

The first is confirmation of the recently rumored Game of Thrones project. Dubbed Game of Thrones – A Telltale Games Series, this 2014 project will be based on the HBO TV series rather than the books themselves. This is almost a reversal of sorts from their Walking Dead series, which retained the visual stylings of Robert Kirkman’s comic book rather than the grim and gritty reality of the AMC TV show.

The second project is a bit of a surprise, but only in the best of ways. Tales from the Borderlands will – as Telltale tells it – “explore and expand on the stories of existing and all-new characters from the world of Pandora, as seen in the critically-acclaimed and best-selling Borderlands 2 from Gearbox and 2K.” It’s not just a great move for Telltale; it’s a great move for the Borderlands series. There’s a richly detailed universe here that, despite millions of sales, hasn’t been touched upon by gamers who dislike first-person shooters. Borderlands has plenty to gain by expanding to a new genre, and considering how well Telltale handled one of the game’s most-loved characters in his Poker Night 2 appearance, I think it’s safe to say that their franchise is in the right hands.

Can’t wait until 2014 for more Telltale goodness? The Walking Dead Season 2 and episode 2 of The Wolf Among Us are both set to kick off before the end of the month.

BONUS: Still can’t get enough Telltale? Check out this quick Vine clip from The Walking Dead Season 2 that Telltale posted up last night;