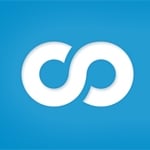 While gamers around the world anxiously await the release of Apple Game Center, the social gaming networks that proved such ideas worthwhile are spreading their potential around the globe. Take Scoreloop for instance. Originally setting up shop as a social gaming network for the iPhone, the system quickly spread cross-platform to include Android gamers. Now the team is heading east, announcing a partnership with Taiwan’s Spring House Entertainment only moments ago.

A subsidiary of Chunghwa Telecom, Taiwan’s leading mobile operator, Spring House Entertainment will be adding a social infrastructure to their platform in an effort to enhance the mobile gaming experience for their subscribers. To do this, Spring House will be providing it’s developers with a customized version of the Scoreloop SDK.

“We’re uniting users with one social gaming platform,” said Spring House Entertainment EVP Leo Lee. “Scoreloop’s solution surpasses similar initiatives such as Apple’s Game Center both in features and reach, as they let us bring this to users across multiple platforms. We’re thrilled to bring these features to developers and users alike.”

The announcement of Apple Game Center caused a wealth of speculation amongst what might happen to the social networks already in place on the iPhone. As we get nearer to Game Center’s launch, the keyword for an existing social gaming network’s survival appears to be “diversify.” With an early jump to Android and today’s announcement of an overseas telecom partnership, it seems that few companies are personifying this keyword as well as Scoreloop.

With Scoreloop CEO Mark Gumpinger declaring that “the model with Spring House is a blueprint for other operators,” don’t be surprised if you hear about more deals like this in the future.