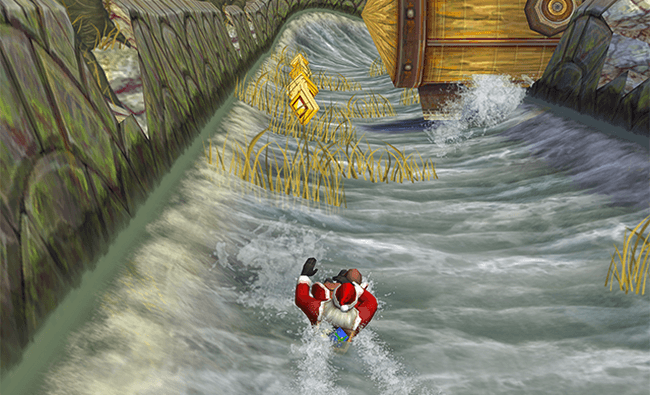 Can you believe it’s almost been a year since Temple Run 2 first hit the App Store? I know, sometimes it feels like I’ve been running through those ancient ruins for most of my life! Well to commemorate this grand achievement today, Imangi Studios will be rolling out one of the biggest content updates that Temple Run 2 has ever seen since its initial launch.

The greatest draw of today’s title update is the new inclusion of a water slide mechanic, which sends our hero careening down a slippery log-flume of sorts right in the middle of his harrowing escape! In addition to that, you’ll also find a few holiday-themed items sprinkled over top, such as new artifacts like the Candy Cane, Stocking, Holly, Present, and Wreath, as well as an all-new character who dresses in red and has been known to say “Ho-ho-ho!” once or twice in his life. 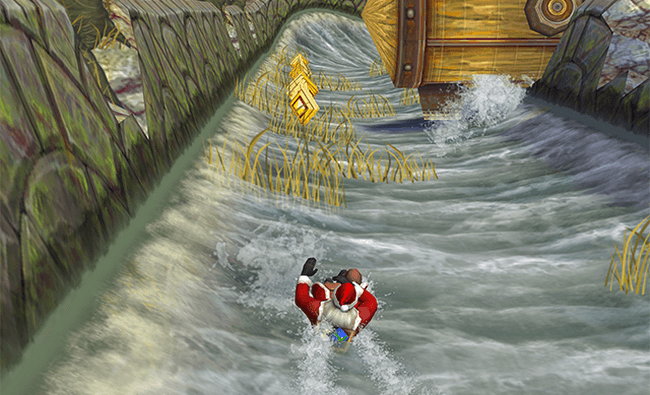 And to round out the total package, you’ll also have a few new collectable masks to work towards earning while you play. So needless to say, water slides and Christmastime seem to make the perfect pair, and in that regard, Temple Right 2 will be ringing in the holidays just right! The new content is said to be going live in the game as of this morning, and will be available on both iOS and Android versions of Temple Run 2.

Government agents are spying on your World of Warcraft sessions