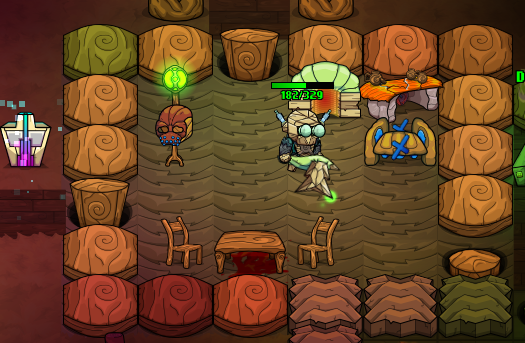 “Cancer: Sam Has It.” With those four words, Butterscotch Shenanigans revealed to the world that Sam Coster, one half of the brotherly game development duo, had been stricken by the dreaded disease: a “startlingly aggressive strain” of T-Cell rich Large B Cell lymphoma, diagnosed at stage four – the highest (which is to say, worst) possible. His prognosis was around 65 percent, although he believes his youth, good physical condition and irrepressible optimism gave him better odds than the average. All things considered, he said his chances were “pretty dang good” overall.

Even so, a cancer diagnosis has a way of changing a person’s perspective on just about everything, and in Sam’s case that included his attitude toward the games that he makes alongside his brother Seth. Confronted with his illness, he decided he wanted to make a game that meant something, a game with depth and durability; “I want people to be able to play in a world I made when I no longer get to play in this one,” he said. Or as he rather more succinctly put it to his brother, “I don’t want Extreme Slothcycling to be the last game I make before I die.”

And with that, the Costers revealed Crashlands to the world.

Crashlands is big. It’s ambitious. It is in every meaningful way the complete opposite of the Butterscotch Minis they’ve been cranking out on a weekly basis over the past month or so. “It’s essentially what you’d get if you combined the huge amount of content in Towelfight 2 with the polished mechanics and gameplay of Quadropus Rampage, and then blew it out to epic proportions,” Coster explained. “Both of those games took about 10 weeks to make, and we’re now on about week 20 with Crashlands.”

It’s also a game he said would not have been made without his cancer diagnosis. “It actually started when I asked Seth to humor me for a few days after my first round of chemo, to see if we couldn’t do some world building,” he said. “I had prototyped what was basically a Roomba that picked up leaves which, after reaching a certain quantity, turned into shoes. That was the first glimpse of Crashlands – apparently I sold the idea well enough, or Seth didn’t have the coldness in his heart to dissuade me.”

“Everything it is stems from me being given an expiration date,” he added. “I don’t think I can adequately put into words how much focus nearly-dying gives you.” 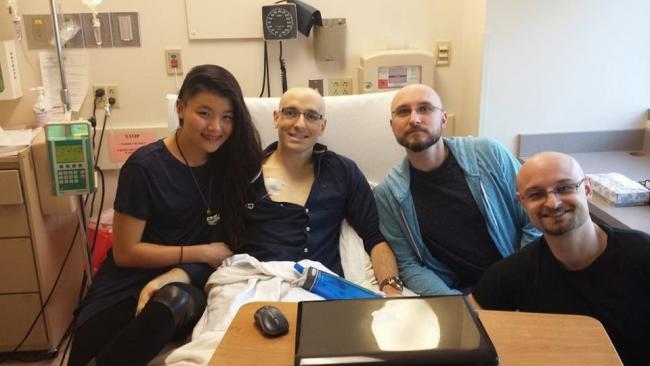 That “everything” includes the process by which they built the game. Coster explained that unlike previous Butterscotch Shenanigans releases, for Crashlands they built the world first and then let the mechanics emerge from it. The reversal came out of a desire to give Sam “a place to escape to” while he was struggling with the effects of chemotherapy. “One particularly comical day was when Seth asked if he should come visit for the night and I told him I’d prefer if he took the few hours to hook up the planting of seeds in the game so I could build myself a garden,” he said. “I build fantastic gardens.”

A concise description of Crashlands is a tricky thing, in part because it’s not actually out yet, but also because of its sheer scale. Players will explore large, sprawling “biomes” on an alien world, each consisting of several sub-biomes packed with strange and in some cases unique flora and fauna that can be battled, tamed and even collected. There’s harvesting and crafting and base-building and fighting and all kinds of cool stuff – and it’s really big: Big enough that despite the success Butterscotch Shenanigans has enjoyed so far, it represents a real gamble. 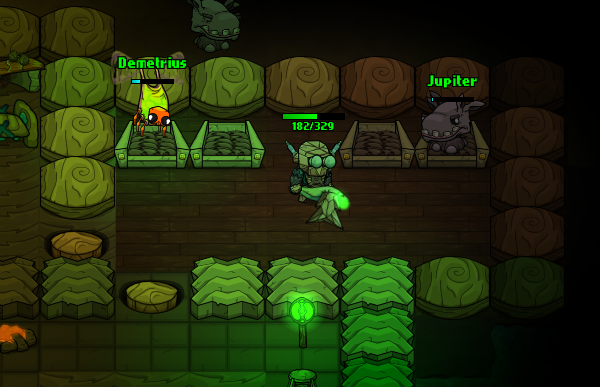 “Crashlands is definitely more risky than Quadropus Rampage or Towelfight 2 by nature of its size and its base mechanic, which is extremely content dependent. Despite our success with Quadropus we still have to be very careful to make sure we’ll be here in a year’s time, so taking large risks at this juncture isn’t exactly something we would’ve been doing, I think, had I not had my mortality checked,” Coster said. “Crashlands is so huge it’s actually a bit frightening – Seth and I could easily beat Quadropus in less than 45 minutes by the end of development, but we’re both struggling to complete Crashlands‘ first biome in less than 6 hours.”

But the brothers have honed their skills considerably over the past year and a half, and they’ve developed contacts at both Microsoft and Amazon, broadening the potential markets for the game. There’s a possible future for it on PC, which opens up not just Crashlands but Butterscotch Shenanigans itself to a whole new and potentially very lucrative audience, and they also now have the benefit of a dedicated fan base that’s grown up around their unique offerings. “I have some serious trust in our fans,” he said. “We get daily requests for access to the beta and have already received more media coverage [for Crashlands] than Quadropus Rampage or Towelfight 2 did before their launches, combined. People are getting really excited, and we’re pumped to see what kind of communities develop around this thing.” 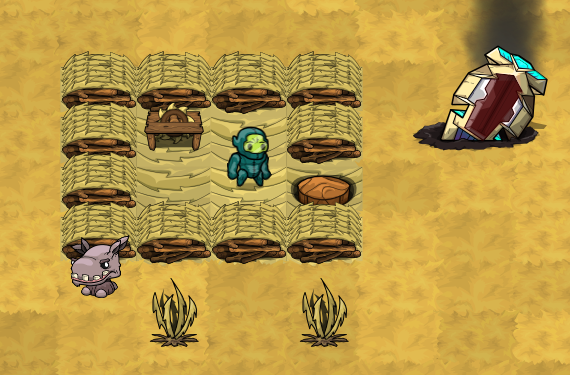 There’s still a lot of work to be done on Crashlands but it’s coming along well, and so is Sam Coster. He appears to be cancer-free, although he has one final scan remaining, and he’s working to get his strength and fitness back to pre-cancer levels. It’s tougher on the mental side, but even there he has a remarkably positive way of looking at things, and he’s actually working to collect his thoughts and experiences, much of which he shared on Facebook as it was happening, into a book that he hopes will help other people deal with frightening diagnoses of their own. “I’m aiming for a multi-media book with illustrations, comics, those posts, and a variety of other things,” he said. “If all else fails I’ll self-publish, as I think the book is something, like Crashlands, that will be hugely meaningful for me. And that’s what this whole adventure is about, anyways – making meaning.”

“I’m so grateful for every person in my life, and just to be here, making games for people, that it’s a bit overwhelming,” he continued. “Seth has been a remarkable partner through this – if he weren’t already my brother I’d have adopted him as such. Add to him my remarkable girlfriend, Diana, the rest of my wonderful family, my ridiculous friends, and the St. Louis game development community, and I can say that I’ve never felt more supported and connected than I do now.”

“Cancer gave me a lot more than it took away.”