Home / News / Saltsman: Canabalt has been best for our reputation, not our wallets

Saltsman: Canabalt has been best for our reputation, not our wallets 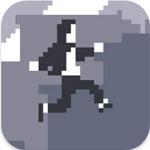 Time sure flies when you’re having fun – or in this case, running across rooftops. Canabalt, the endless indie darling that has since spawned a thousand imitators, has just seen its first anniversary. To celebrate this birthday, Gamasutra sat down for a lengthy discussion with the game’s developer Adam Saltsman to talk about his first year in the indie spotlight.

“Canabalt was a runaway success for our tiny team, but proportionally I think it received far more press than sales. Perhaps, at $2.99, we got the price-point wrong? I’m not sure. But either way, we didn’t make the top 10. This is fine, as a company of our size doesn’t require those kinds of numbers, but in the long term Canabalt has been best for our reputation, not our wallets.”

Saltsman goes on to discuss how Canabalt was great for building a relationship with Apple, and the pressure he felt as a result of Canabalt‘s critical success while developing his next iPhone title. The interview also goes on to discuss a number of interesting non-Apple topics, from live on-stage game design to his experiences in bringing the cult classic Cave Story to the Wii.

Read the complete article on Gamasutra.

Copycats, Clones, and Coincidences: Tales from the App Store