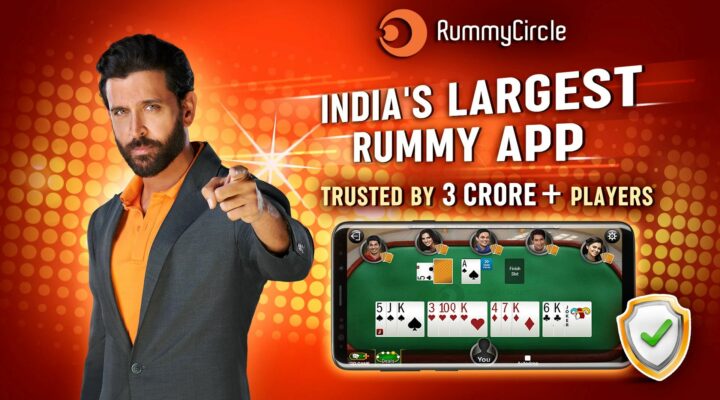 Rummy, one of the oldest card games, has been played since the 18th century. It was initially known as Conquian. Rummy is a pick and discard game where you have to achieve certain goals. The one that completes them first wins the game. Pretty simple.

Indian rummy, a slightly modified version of the original, is played with 13 cards. With the growing popularity of the online gaming industry, Rummy has risen to great heights and
became one of the most played online card games in India. If you have an interest in rummy, now is probably the best time to brush up your skills, and you can do that in the RummyCircle app.

But first, here’s a quick walkthrough on exactly how you play the game:

There can be many variations of the game too, and here’s a rundown of the three major ones:

If you’re eager to learn, RummyCircle, a mobile gaming platform, offers practice rummy
games to help you learn the game and hone your skills against other players.

RummyCircle also offers a gamut of rewards and bonuses to keep you motivated. There are several different modes available too. To start with, there are Free Tutorials to understand how the application works and learn how to play.

Then there’s Points Rummy, Deals Rummy, and Pool Rummy. Apart from these, there are also multiple tournaments going on that you can play at any time and win big. If you’re worried about the legality of rummy in India by the way, have no fear – the Supreme Court of India has declared it as a game of skill and to play it is considered a business activity.

Whether you’re planning to win some extra bucks or have fun playing a free rummy card game to spend your time or if you’re already acquainted with rummy and familiar with its know-how, RummyCircle is a fantastic place to experience one of the best card games around.

You can download RummyCircle for free right now on the Google Play Store.

Ninja Heist Is a Super-Tough Arcade Platformer, Out Now on Android