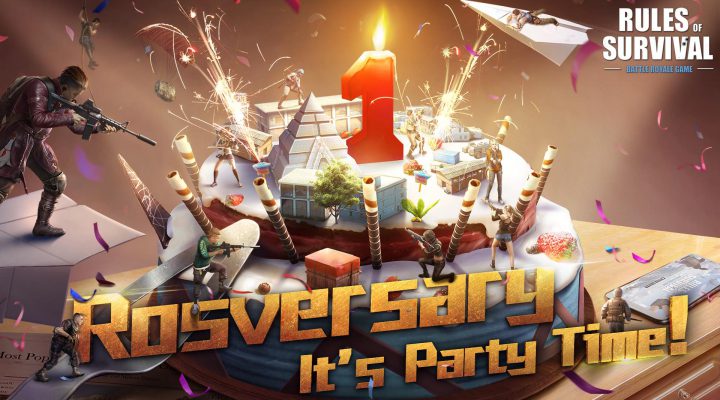 Rules of Survival is one of the biggest battle royale games on mobile. Released almost exactly one year ago today, it has amassed an impressive 230 million downloads in a staggeringly short time, as well as hitting the top of the charts in 58 countries.

In case you’re not familiar, the game sees you and up to 299 other players battling in a selection of vast, beautifully drawn environments. You can play solo or in a team, and there are numerous characters, weapons, vehicles and so on to choose from.

So why are we writing about it today? Because this is Rules of Survival’s first birthday – a.k.a. its ROSversary – and developer NetEase is celebrating with a host of events and giveaways.

From the 7th to the 27th of November the game will contain a number of hidden prizes. Find one and you’ll be able to exchange it for an in-game item, such as a backpack, an Anniversary Frame, or something else entirely.

On top of that there are going to be discounts throughout the event period, giving you the opportunity to snap up supplies and outfits for less, while at the same time getting 30% additional bonus diamonds. 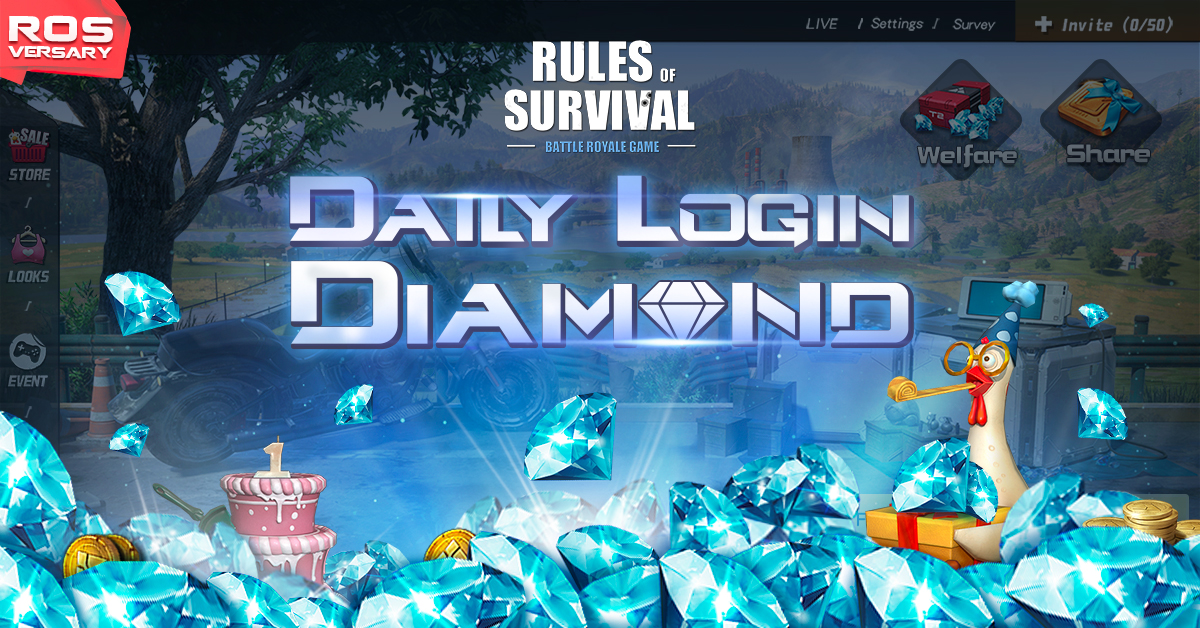 If you’re a VIP you’ll also receive various offers, as befits your status.

The celebrations don’t stop there – this is the game’s ROSversary after all. Starting on November 21st, NetEase will be running a Ca$h’n Shoot event, whereby you’ll be able to battle with other players and then convert your match points into hard cash from a generous $1 million pot.

And two new version of Rules of Survival will make an appearance as well. At the high end there’s the Ultra edition, with spectacular HD visuals and staggering levels of details. And at the other end of the scale there’s the lite version, which will come in a smaller, sleeker package, though without losing anything from the gameplay.

So we’d recommend you log in now to receive free diamonds – as well as many hidden bonus celebrations that are waiting in the Rules of Survival game world.

Grab Rules of Survival for free right now on Google Play and the App Store.

Mad Rocket: Fog of War is out now on iOS and Android