Home / News / Rovio to release licensed game based on The Croods

Rovio to release licensed game based on The Croods 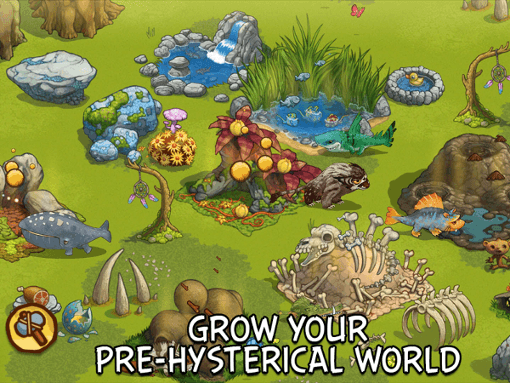 Is it just us or does Rovio always have a surprise or two up their sleeve? Earlier in the week it was the release date for Angry Birds Toons, and this time around it’s the reveal of The Croods, an upcoming game based on the animated film of the same name. Surprisingly, it won’t be about flinging birds!

Details about the game are scarce at the moment, but Rovio dropped a few hints in the form of screenshots. It appears The Croods will be a sim game where players capture animals, hunt and gather for resources, and tend to a plot of land. Kind of sounds like Rune Factory!

Just like the film itself, the game will take place during the prehistoric era. Chances are good you’ll encounter a variety of massive, terrifying animals, and having to clear skeletal remains off your land will no doubt be the norm. It’s going to be a lot of work, but the Crood clan looks pretty resilient. It also helps that the father, Grug, is voiced by Nicolas Cage in the film. If anyone could fend off malevolent beasties, it’s him.

The Croods is coming to iOS and Android on March 14, with the film hitting theaters on March 22.

Free Games and Sales: Deponia, Sonic the Hedgehog and more!